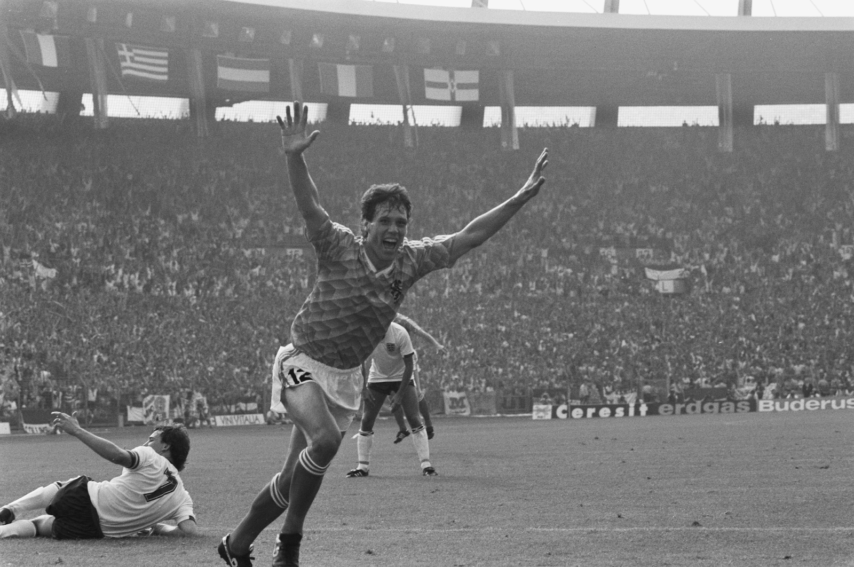 Will the Netherlands win the UEFA EURO 2020?

We had to wait seven years for it but after two missed tournaments the Dutch national team are participating in the UEFA European Football Championship this summer. Therefore, we will see the so-called “Oranjegekte” again [1]. Obviously, the Netherlands only participates to win the UEFA EURO 2020 cup, even if it has only happened once before, in 1988. The Dutch won the final match 2-0, with goals coming from captain Ruud Gullit and tournament top scorer Marco van Basten. However, there is a similarity between then and now; the Netherlands also missed the tournament at that time. So, why not win the tournament again? This article aims to answer this question based on quantitative data and statistics.

To become the best in Europe, of course you need strong opponents. The last three European champions won against excellent countries, which one can observe in Table 1; just zoom into the finals and you observe strong opponents.

But what kind of relationship do these statistics have with the probability that the Netherlands will win UEFA EURO 2020? Well, the last few years, the Netherlands has been excelling against strong opponents. For instance, remember those matches against France, Germany, and England.

Moreover, you can observe, in the statistics, that the Netherlands did well. Since 2018, the Netherlands have played fifteen times against strong European countries, which is much more than the rest of the countries in Europe. These matches resulted in the following results: five wins, five ties, and five losses. This is on average 1.33 points per game. France (2.13), Belgium (1.57), and Spain (1.38) had a higher average score compared to the Netherlands. In fact, only France did really a lot better.

In addition, the Netherlands won five matches, but in eight out of fifteen goals, the Dutch national team had more “expected goals” compared to the opponents. In order to determine the expected goals, several factors are taken into account. One of them is a simple football law, that you have to shoot to score. But also, factors like from which angle the attempt comes, whether it is header or a volley, and whether there is pressure on the shooter in the defense is significant. These expected goals give the probability that a scoring opportunity becomes a goal based on large quantitative datasets involving similar opportunities.

Now we will move on to statistics two. In recent years, football has changed a lot and also the way in which goals are scored. At the UEFA EURO 2008, 75% of all goals were scored in the open game. The last country tournament in 2019 this was only 57%, however. The statistic implies that the number of goals from corners and free kicks has increased. In contrast, the Netherlands is good at defending against. The last time the Netherlands conceded a goal from a corner, or an indirect free kick was against Peru in September 2018.

Furthermore, the Netherlands is powerful in defense. For example, Matthijs de Ligt wins many aerial duels. This is also handy in the offensive because of the nineteen goals that he scored for Ajax, Juventus, and the Netherlands, he scored fifteen in standard situations (without a corner, free kick et cetera). One of the most prominent Dutch attackers  is Memphis Depay. Ten of the twenty-one assists that Memphis Depay made arise from the standard situation. On top of that, since 2000. Memphis Depay was involved in 47% of all the Dutch goals and he made a combined total of twenty-nine goals and assists. Especially in 2019, Memphis Depay played excellently. The expected goals confirm this too. Based on that statistics, Memphis Depay will have 8.6 goals and assists. However, he made six goals and nine assists.

On to the second European Championship!

[1] “Oranjegekte” is a phenomenon in the Netherlands that occurs during major sporting events, especially (international) football championships.

This article is written by Moesen Tajik