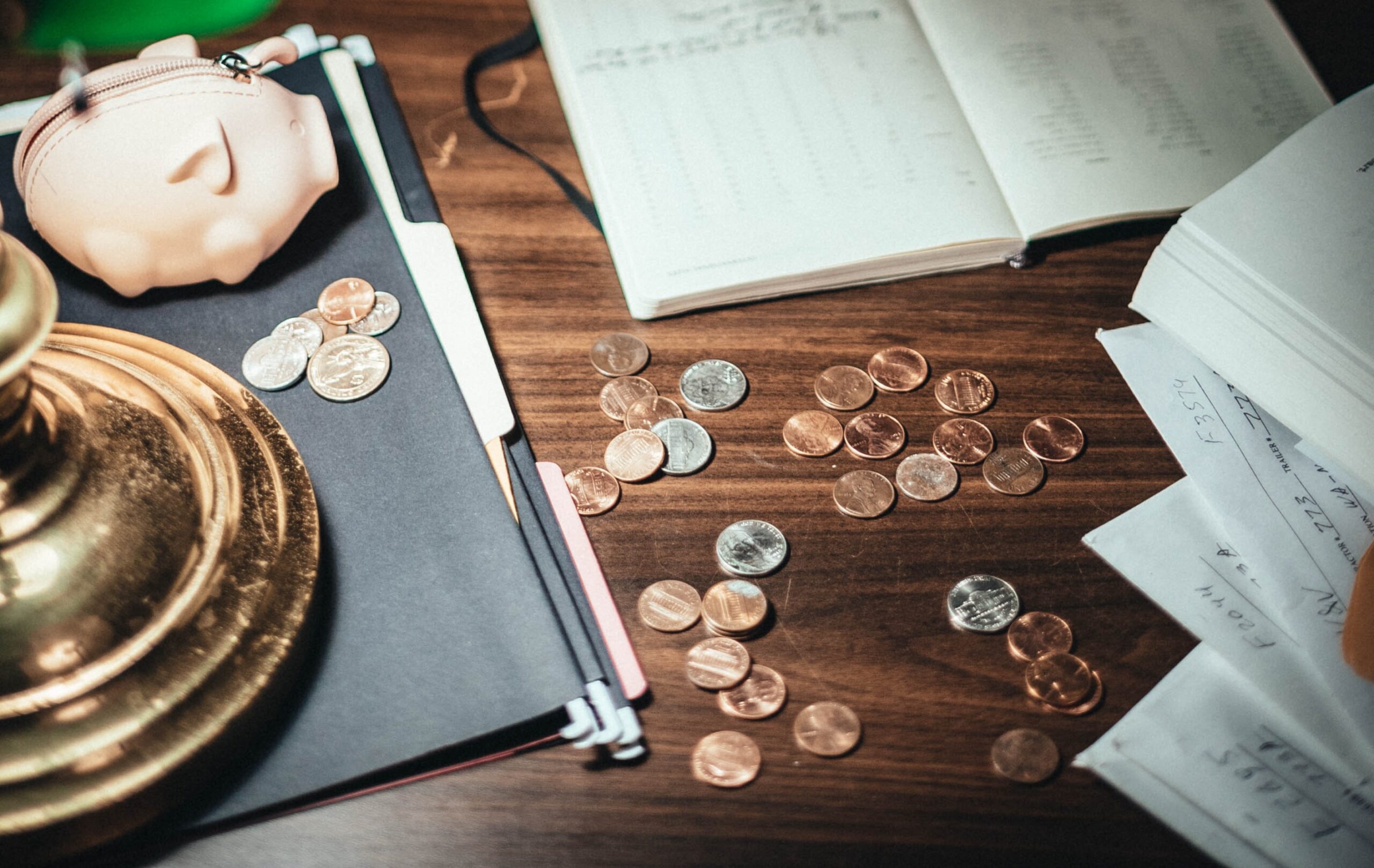 The influence of the Austrian School in Economics

If you are a student in Econometrics or Economics, the concept of marginal utility should ring a bell. From your first-year course in microeconomics to the more advanced courses later in your bachelor, the concept plays an important role in understanding microeconomics. The theory is founded on the premise that choices made by consumers are based on the preferences of the consumers. A rational consumer attaches more value to important things and gives up irrelevant items. The subjective theory of value was introduced by Carl Menger (1840–1921), one of the founders of the Austrian School in economics (together with, among others, Eugen Böhm von Bawerk and Friedrich von Wieser). Menger also introduced the concept of marginal utility in economics. But why is his contribution so important? And how does the view of the Austrian School differ from other scholars?

The Austrian School and the paradox of value

As stated by many outstanding economists (Schumpeter, von Mieses and Hayek), the Austrian School would not be as influential as it is now without the work of Menger. Originally founded as a reaction against the ‘Historical School’, based in Hamburg, this school of thought has been at the centre of research on utility and behaviour of consumers. At the time of Menger, there was also another school highly regarded in economics. The so-called Classical Economists, whose main practitioners were David Hume, Adam Smith and David Ricardo, argued from a supply-side view. They were convinced that prices are not random and arbitrary but that they were determined by the laws of supply and demand. Based on these prices, firms can calculate their profits and outputs. However, Menger pointed out a flaw in this reasoning, which hinges on the fact that we should look at the consumer side of the economy. He argued that it is not correct to talk about the value and price of goods in abstract terms such as milk, rice etc. Rather, consumers look at the value of a concrete number of goods, like a litre of milk or a kilogram of rice. This is also where the paradox of value comes into play.

“What is known as the Austrian School of Economics started in 1871 when Carl Menger published a slender volume under the title [Principles of Economics]…. Until the end of the Seventies there was no ‘Austrian School.’ There was only Carl Menger.” – Ludwig von Mises (1881-1973)

In his lecture on ‘The Birth of the Austrian School’, economist Joseph T. Salerno uses the following example to address this paradox. Diamonds have a high exchange value The exchange value of a good is equal to how much it is worth in terms of other goods. but are not very useful for consumption in everyday life (they purely serve as ornaments). Indeed, if you are starving and can choose between a diamond and something to eat the choice is easily made. On the other hand, water has a low exchange value but a massive value in everyday use. When all the water in the world would evaporate, mankind would go extinct within days, whereas all the diamonds disappearing from earth would not have such a dramatic impact on human life.

It might come as a surprise, but the first scholar to write about marginal utility was not an economist! In his book Politics, Aristotle argues that ‘external goods have a limit, like any other instrument, and all things useful are of such a nature that where there is too much of them they must either do harm, or at any rate be of no use’. It took some time for this concept to become a pillar in economic thought, but around the 18th-century scholars became more interested in this topic. Around the same time as two of his contemporaries, Marie-Esprit-Léon Walras and William Stanley Jevons, Menger introduced the concept of marginal utility in economics in his book ‘Principles of Economics’.

In this book, he stated that the value of a good is determined by the marginal utility of the good. In other words, if consumers rank their goods from high to low, the marginal utility is equal to the satisfaction obtained from consuming the lowest-ranked good (i.e. when your wealth increases by an extra unit, the marginal utility is equal to the value of the good that you can buy with that extra unit of wealth). A comical story is that, while Menger was a proponent of introducing examples that quantify utility, he based his models on assumptions that did not rely on this. In fact, he crossed out the tables in his own copy of Principles of Economics.

The concept of marginal utility can best be illustrated by the following example, similar to one given in the book by Menger. Suppose you have 5 coins of one euro lying before you on a table, and that you can buy 5 products that all cost 1 euro: a pencil, a banana, a knife, an apple and a bottle of water. You have some preference ordering over these items. For instance, you prefer a banana over a pencil because you are hungry. Your ranking might be banana, apple, a bottle of water, knife, pencil. Then suppose that someone steals your second euro. Then it is obvious that you, since you have clear preferences over products, will not buy the pencil, since it has the lowest utility. The same decision will be made when, instead of your second euro, your third euro will be stolen. This shows that the marginal utility is equal to obtaining an extra euro/good.

The previous example also showed another aspect of utility: it is diminishing in goods. If we take the preference ordering from the previous example, an increase in wealth from 1 to 2 euros will have a higher impact on your well being than an increase in wealth from 4 to 5 euros, since the products ranked lower are less important to you. In mathematical terms, the function measuring your utility should be concave (the second derivative should be strictly negative). For instance, a candidate utility function satisfying this is f(x)=ln(x) (more on this specific function can be found in this article by Sjors Keet).

Food for thought: the Austrian School against Modern Monetary Theory

In the Netherlands, the government has been printing money and distributing it like water over the last year. It is a popular topic among scholars that are fond of the Modern Monetary Theory (MMT). It is a relatively new theory that originates from ideas introduced by Keynes and Neo-Keynesians. The MMT focuses on the benefits of society and introduces a different kind of relation between private banks and the government. In short, scholars fond of the MMT argue that the government should be pumping money directly into the financial systems (instead of the private banks having this role). This way the government can themselves create the money desperately needed by companies instead of lending it on the financial market.

As long as inflation does not rise too much the government can print more money without major consequences. For instance, since as we speak the economy is close to a recession, the money printed by the government will not cause a spending boom as consumers and firms will pay off their debts, increase savings and brace for further possible decreases in income. However, if the economy is in a good state, money printed will rapidly be used by consumers. This causes demand for products to increase which will, if we assume a more or less constant supply of goods, make prices rise rapidly. The key take-away when discussing the creation of money is that instead of looking at the amount of money printed, we should look at what rate it circulates through the economy.

However, if you would have asked the opinion of a scholar from the Austrian School on this theory, he would not be satisfied with this. The creation of money only will aid consumers to exchange goods and other services more easily. It will definitely not cause more goods to be created out of nowhere. The MMT lacks a perspective from the consumer side and does not explain the interactions between individuals.

I hope you learnt something about the Austrian School and the critique of Menger on the Classical Economists. In a nutshell, Classical Economists focus on the accumulation of wealth by firm owners (hence the title of the book by Adam Smith, ‘Wealth of Nations’) and do not take into account the satisfaction and needs of consumers. Furthermore, there is an interesting debate at hand between proponents of the MMT and proponents of the Austrian School. We will see in the upcoming years whether governments will use these theories to construct policies that might increase welfare.

Besides the sources down below, I would advise people who are interested in microeconomics or the Austrian School to consult the website of the Mises Institute. Besides providing discussion of several topics in economics, they offer a thorough discussion of the history of the Austrian School. For instance, the lectures from ‘Mises U 2020’ are very interesting. The ESB (Economische Statistische Berichten) has several good articles on the topic of MMT.