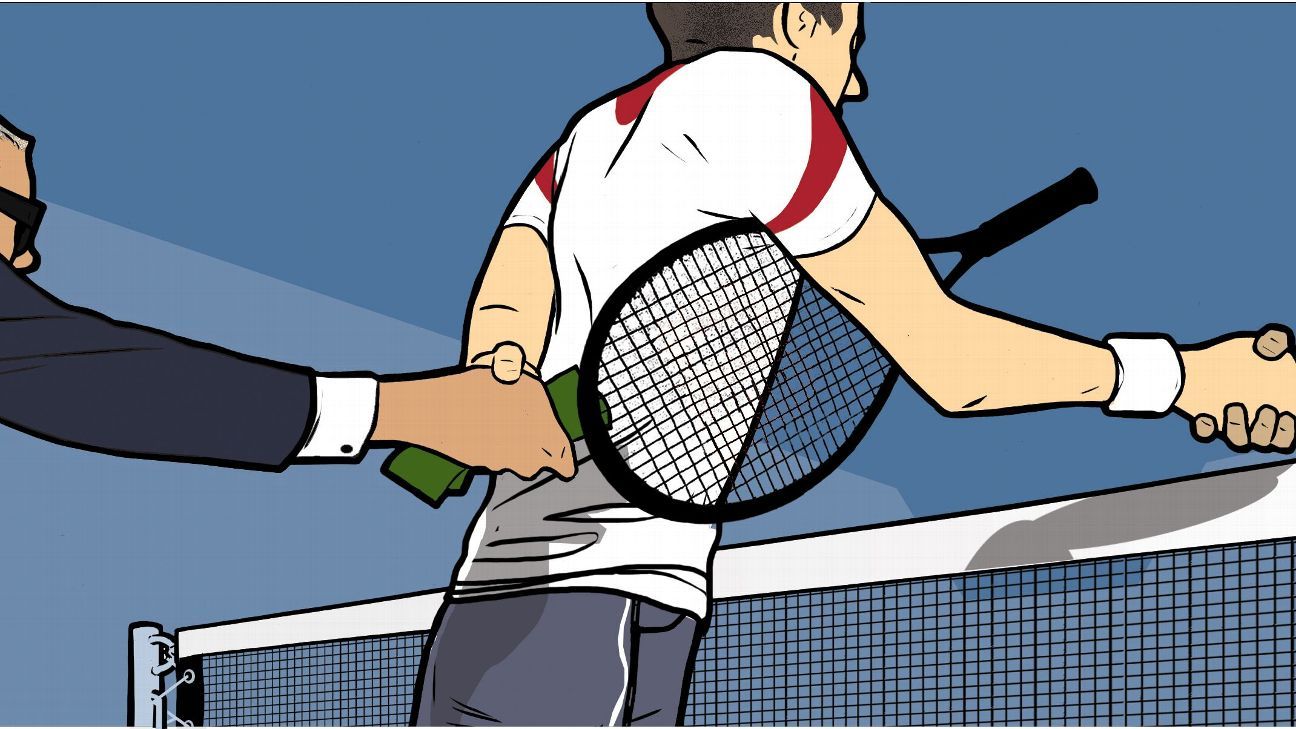 The dark side of the tennis world

August 2 2007, Nikolay Davydenko plays against Martin Vassallo Arguello in an official ATP (Association of Tennis Professionals) tournament in Poland. During this match, Davydenko was ranked fourth in the world rankings, while Arguello was ranked 87th. Meanwhile, eleven bettors of whom nine were from Russia, betted millions of dollars against Davydenko. So they thought Arguello would win the match. First set went 6-2 in advantage of Davydenko, but then in the second set he suddenly got injured and retired from the match.

The big question we are trying to answer here is whether Davydenko was involved in match fixing or not. At first sight it seems very suspicious to win the first set fairly easy and then suddenly being injured in the second set. So the betting organisation where the bets were placed, Betfair, alerted the ATP, which is the governing body of the men’s professional tennis scene. They launched an investigation into this match, which lasted more than a year. This was the longest investigation the ATP has ever done in the name of match fixing. Eventually, Davydenko and Arguello were cleared of wrongdoing due to lack of evidence.

Match fixing in tennis is something you may have heard about. It is the third most bet upon sport in the world. The reason for this, is the fact that there are a lot of tennis matches in one year. There are 126 tournaments every year, in which singles, doubles and mixed matches are played. Assuming every tournament has seven rounds, including finals, with 128 players and looking only at the singles, you will have a total of 127 matches. In this example we are actually looking at a Grand Slam. There are four Grand Slams during the course of a year and is one of the most prestigious tournaments to compete in. Taking this into account, if we only looked at how many Grand Slam singles there are in one year, we come to a staggering 508 matches. Note that these are only men’s matches, when we take into account in the women’s matches we have even more matches.

Algorithms and the markov model

Bets can be placed on all these matches and there is also another kind of fixing to which this sport is very vulnerable. It is called “spot fixing” and it basically means that you can place a bet on every single point. People like Elihu Feustel, a quantitative analyst, even made an algorithm to determine on who he has to bet to ensure the optimal payout. William Knottenbelt, an associate professor in computing at London’s Imperial College, co-wrote an algorithm that would have made a 3.8 percent return on bet on 2173 matches in 2011.

These kinds of algorithms are based on various models. One model that can be used is the markov model. Every match has the same layout. Usually a match is won by winning two or three sets. A set is won by winning six games and a game is won by winning four points. The point system in tennis can be described in the following Markov chain, assuming that the probability that you win a point is

and your opponent winning a point is

. To actually determine whether spot fixing played a role is very difficult when we look at this chain. This is because there are too many factors that play a role in winning a point and deliberately losing a point does not give you a big disadvantage when you are, for example, 40-0 in front. 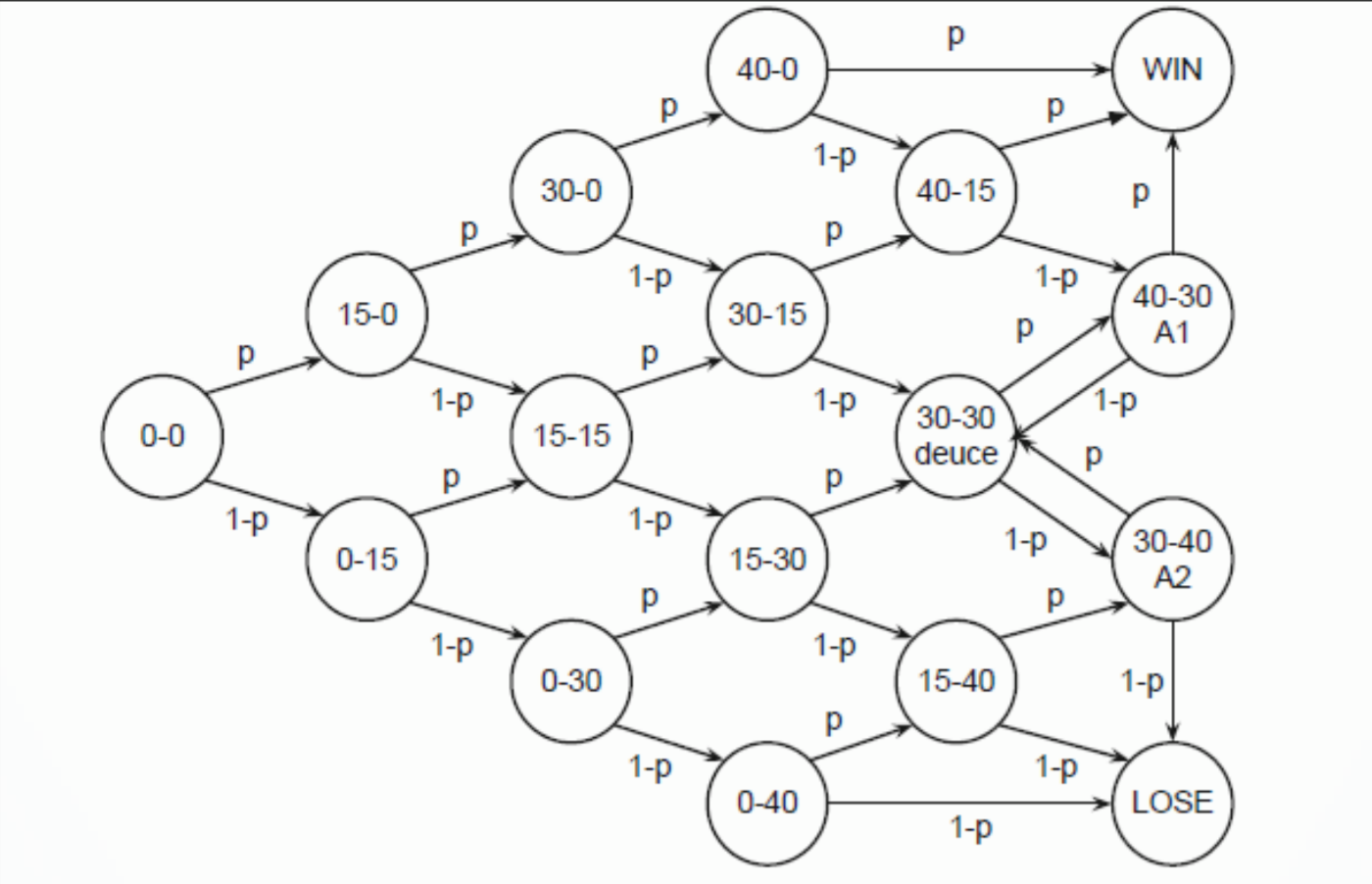 Earnings of a tennis player

Since in this sport anything can happen, it is also pretty tough to determine whether match or spot fixing played a role in a match. For example, Davydenko could have actually become injured during his match, but the fact that eleven betters placed millions of dollars on him to lose is of course a sign of match fixing. However, why would a successful tennis player be into match fixing? The reason for this is the high costs of playing this sport. If you want to be a professional player in the tour you must have a team, coach, equipment and then there are travel expenses which can be more than 100,000 euros each year. A coach can cost nearly 50,000 euros a year.

Top 10 players are some of the most well-paid athletes in all of sports. They can easily pay for all the expenses for the tour. Even top 50 players make a comfortable living, but when you are not able to reach the top 50 it starts to become tough. Especially the players below the top 50 do not earn enough money to be able to live a comfortable just from playing tennis. So a tennis player which is not a top 10 or top 50 player, can have a big incentive to be into match fixing. This is simply because fixing a match can be more profitable than trying to become a top 10 player. 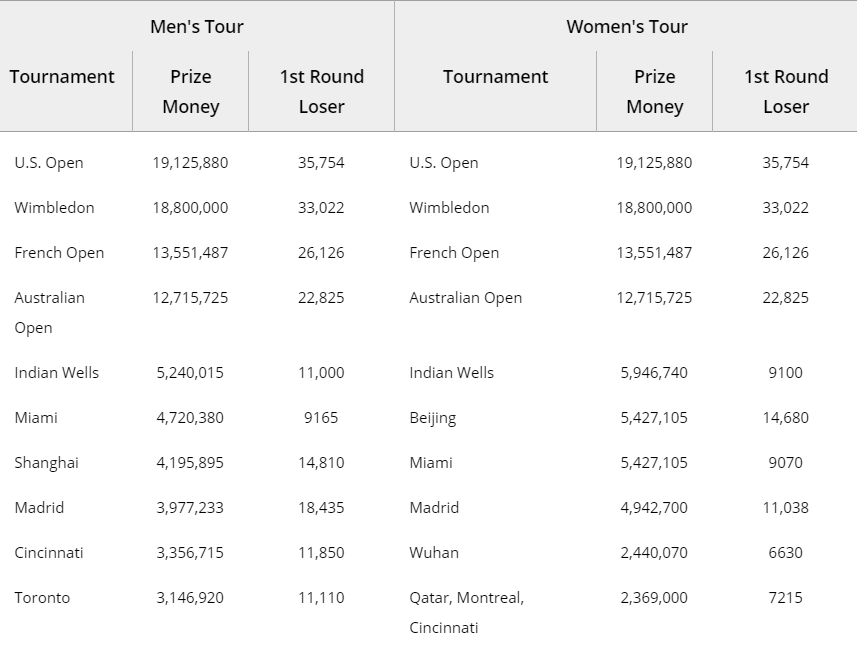 The figure above shows the biggest tournaments in the tour. The prize money indicates the total prize money of the whole tournament. As we can see the first round loser does not get a lot of money. Furthermore, playing in these tournaments is also not very easy, since for the Grand Slam (the four tournaments at the top) a player must be qualified to be able to play in the first round. However, this is beyond the scope of the article.

A study by Ryan M. Rodenberg from the Florida State University showed that 23 matches are fixed on average per year. They looked at first round matches, where fixing is most likely. The study used predictive modelling to determine whether a match will be fixed before it was played. Taking all this into account, the conclusion is that when the betting price has a large irrational move away from the normal “fair” price, the match is very likely to be fixed before it is even played. This study actually shows that match fixing is a real deal in the sport, but tennis organizations do not try to compensate players to lose incentive to fix a match. Right until this day match fixing is still something that happens regularly in the tennis world. Sadly, most anti-corruption organizations do not have the evidence to support this. 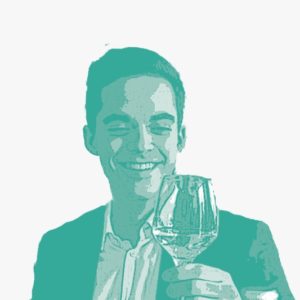