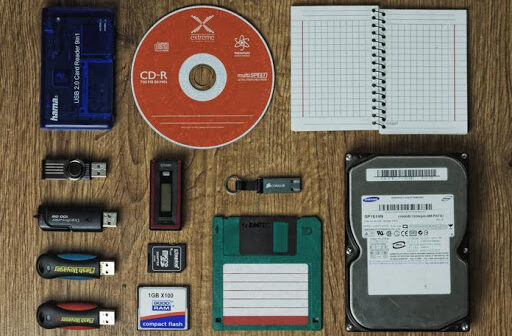 A station wagon full of data tapes vs. the internet

“Since we do not have up-to-date information on your order, we do not know whether or not it has arrived.” You or any of your acquaintances have probably received an email containing such a sentence. Due to the combination of the Covid-19 pandemic, Black Friday and Sinterklaas package delivery services had one of its worst weeks of all time. People start to wonder how these services are still so lacking in this modern world. However, never underestimate the power of the courier industry.

Suppose you want to send a humongous amount of data. You could use WeTransfer-like carriers, but you probably know what a pain that can be. Often it takes minutes or even hours to only upload and download an amount of 10 gigabytes. If you need to transfer a terabyte (1000 gigabytes) this can become a problem.

Then ‘SneakerNet’ comes into play. This is an informal term for the transfer of data by physically moving it. The term is a play on words and combines ‘internet’ with a reference to walking in sneakers.  Hence, it entails for example the possibility of putting the mentioned terabyte of data on a micro-SD card and sending it over the mail. Then your local courier service will take care of the data transmission. Since a micro-SD card can be sent like a postcard it can be received within a business day, which makes courier services a viable alternative to ‘online’ data transmission.

The idea of using physical transportation is an old idea. “Never underestimate the bandwidth of a station wagon full of tapes hurtling down the highway“ Tanenbaum, Andrew S. (1989). Computer Networks. New Jersey: Prentice-Hall. p. 57. ISBN 0-13-166836-6. was already considered an old joke in 1985. Back in those years the bandwidth, which is the maximum rate of data transmission, was much smaller, making large data transfers almost impossible. So back in 1983, when the University of Sydney purchased an online article discussion system, the US based company had to send all articles via tapes to the University of Sydney first, which in turn distributed the articles to other computers using the national internet network.

Although the bandwidth has increased tremendously, SneakerNets are still in play. SneakerNets take advantage of physical transfers, which makes the data transmission almost untraceable. When Osama Bin Laden’s hideout was raided in 2011, it was found that he wrote email drafts and stored them on a USB flash drive. One of his partisans would then take the flash drive to a random internet cafe to send it to the desired recipients. This allowed the hideout to remain digitally hidden.

It is clear that there are situations in which using a SneakerNet beats using the internet. However, as stated at the beginning of the article, we are interested in comparing courier services with online data transmission. This can be done by using the concept of bandwidth as stated above.

According to Cisco Systems, a major network systems company, the Global internet traffic in 2017 was 122,000 petabytes per month. Using some simple calculations, we find that this is approximately 46.423 terabytes per second. The Netherlands accounts for approximately 0.4% of the internet users, so we could state that the Dutch bandwidth is around 0.186 terabytes per second. Hence, differently stated, we can conclude that in the Netherlands 0.186 terabytes of data is transferred per second online.

Using 2018 data collected by the CBS, we find that courier and postal delivery services have transferred around 1449 million kilograms of goods. This boils down to transferring 45.947 kilograms of goods per second. Suppose now that all of the goods that are transferred are MicroSD cards, which are found to have a storage density of up to 160 terabytes per kilogram. That means that the Dutch courier and postal delivery services can transfer 7,351 terabytes per second physically. Hence, the physical transmission is almost 40,000 times faster!

That leads to the conclusion that the Dutch courier and postal delivery services are way faster than the internet! However, in these calculations, we averaged the total amount of both methods. In many instances, one cannot compare these two kinds of data transmission one-on-one. The average speed of physical delivery turns out to be higher, but the preffered method depends highly on your goal. On the one hand a WhatsApp message will arrive much earlier than a postcard. On the other hand, when Google builds a data centre, the data is stored on hard drives and shipped physically instead of transferred digitally.

SneakerNets and thus physical data transmissions are still a powerful tool. For example when large amounts of data are considered or when one wants to enhance his privacy. But the important takeaway of this article is to never underestimate the courier industry.