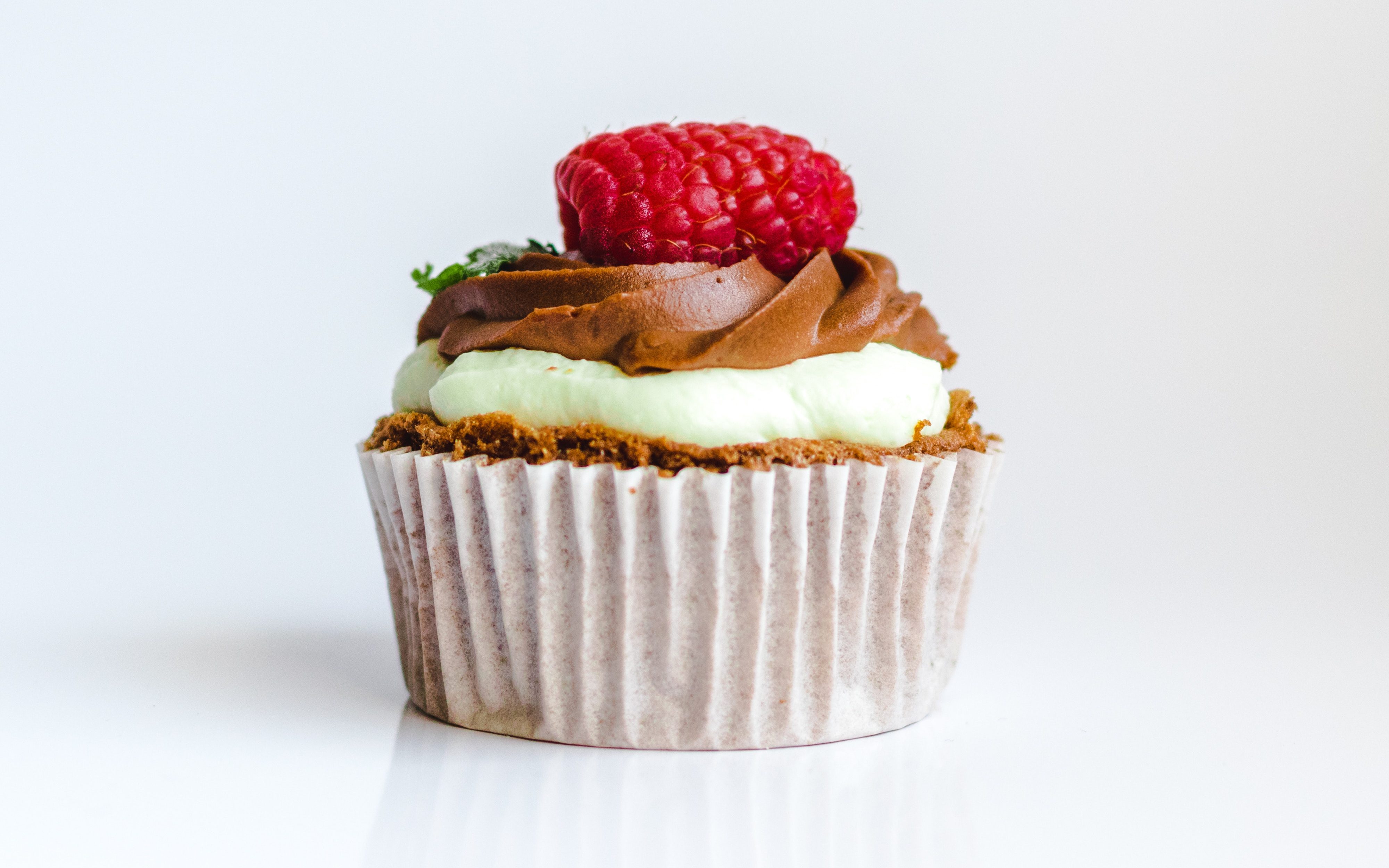 Imagine, you and two friends visit a bakery and buy six delicious cupcakes. However, while leaving the bakery, your friend who’s holding the box with delicacies trips and one of the cupcakes falls to the ground. All three puzzled, you look at each other, how are you going to divide five cupcakes over three people? The smaller the pieces, the bigger the chance the piece will crumble. Hence you and your friends are challenged to divide the five cupcakes over three people such that everyone receives an equal cut and the smallest piece is as large as possible.

This is a famous example of the Muffin Problem, first thought up by Alan Frank, a software-developer with a soft spot for mathematical puzzles. After the problem was published in The New York Times, it opened the door for a more general problem. There are

students and every student should receive

part of the muffins. How should you divide the muffins such that the smallest part is as large as possible? 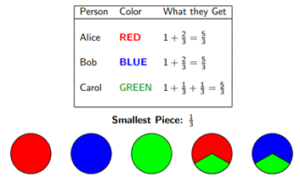 .  We now have that the smallest piece is

. Is it possible to find a better solution? Yes, this is possible. 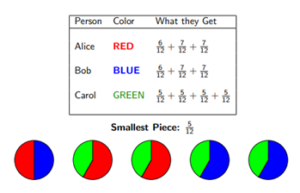 . One student receives four parts of

and the other two receive two portions of

and half a muffin. How do we know there is not a better solution? Therefore we need three muffin-principles:

We assume that every muffin is cut into at least two pieces (if a student receives a complete muffin we can still assume that this muffin consists of two halves.) Then we have two possibilities to divide all five muffins. The first possibility is that at least one muffin is cut into three pieces. According to muffin-principle 1, the smallest part is now given by at most

, which is smaller than

, hence this is not a better solution. The second option is that all muffins are parted into two pieces, hence we obtain ten pieces in total. According to the second muffin-principle, in this case, one student should receive at least four parts and by muffin-principle 3 we conclude that the smallest part is now given by

. Hence we find that the smallest part will always be at most

Over the last few years, mathematician William Gasarch and his team have tried to find a general formula to solve the problem for

students. So far they have not succeeded. Let’s take a look at the problem at hand. We can define

as the fraction of muffin

The problem can be defined as:

Even though Gasarch did not find a general answer to this problem, he and his team did conclude that if

the smallest part will always be at least

. Over the years they also solved every case for which

. They also succeeded in finding a few formulas to calculate the optimal value for specific cases. Take for example the case of three students and where

equals a multiple of three plus one. For example four, seven or ten. Then the smallest piece that is as big as possible is given by

. In the case that the number of muffins is given by a multiple of three plus two, the smallest part will have size

equals the solution of a problem with

However, it’s all still guesswork for now. So if you ever find yourself with a lot of time on your hands, take a shot at the Muffin Problem and maybe you’ll solve one of the sweetest mathematical puzzles.