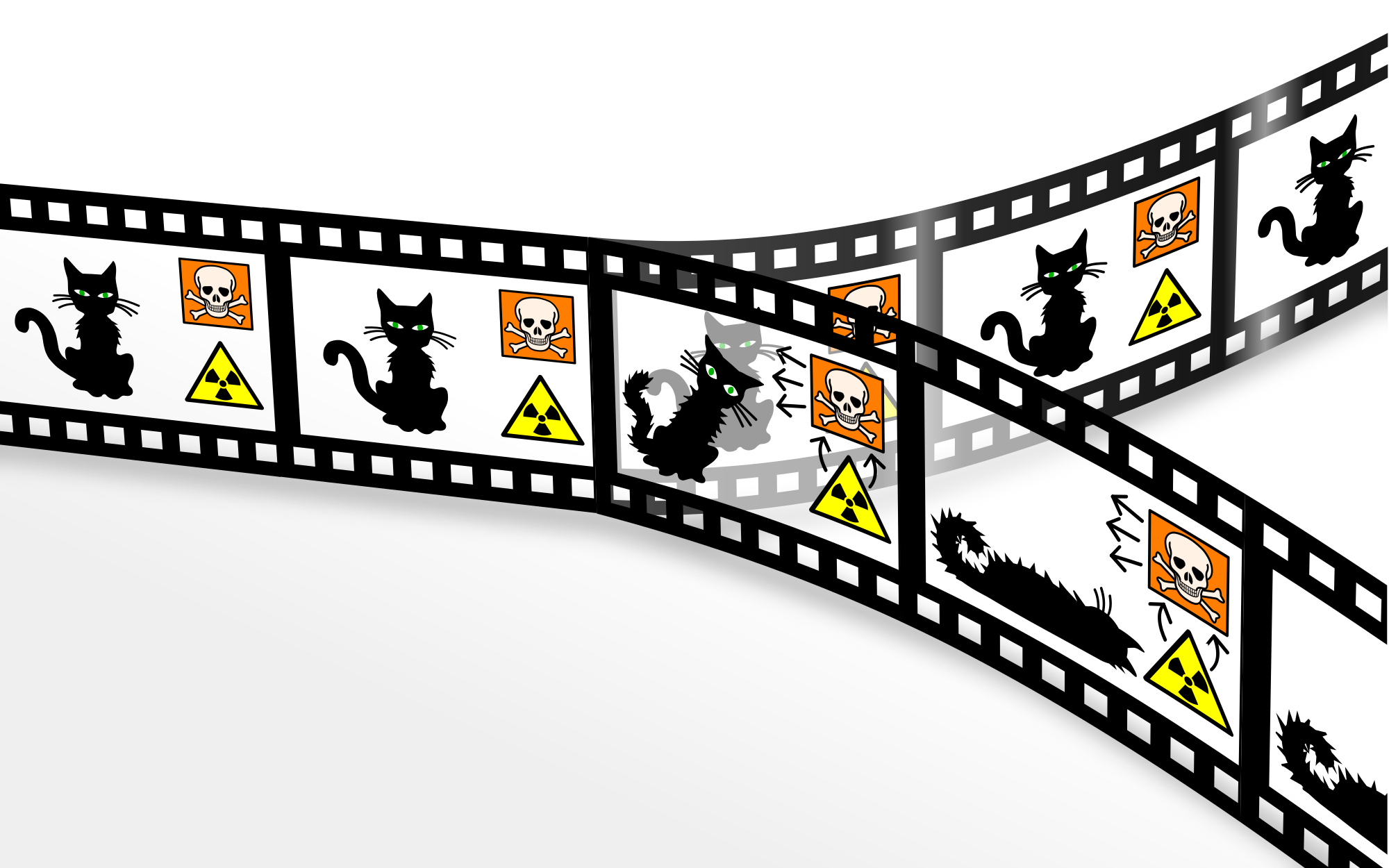 The basics of quantum physics

Quantum physics is based on a few key insights. The most important one being the fact that we can describe everything as a wave of probabilities. Erwin Schrödinger was the first to describe this mathematically with the famous Schrödinger equation. With this equation, he made a thought-experiment about a cat in a box with a nucleus that has some probability of decaying. If the core of the nucleus would decay, a toxic gas would be released in the box killing the cat. If, however the core does not decay, no gas would be released and the cat would be alive. With this experiment Schrödinger illustrated that if we don’t look in the box we would be clueless as to whether the cat is alive or dead. Hence showing that the cat is in a quantum superposition of ‘alive’ and ‘dead’. Schrödinger also managed to show that the state of the cat was dependent of the state of the nucleus core. This meant that the cat and the nucleus are quantum entangled. So to recap, if something is in a quantum superposition it is in multiple states at the same time with certain probabilities. And if to things are quantum entangled they are dependent of each other, meaning that if we know the state of one we can immediately determine the state of the other.

To fall back on the thought-experiment with Schrödingers cat, the measurement is the moment you open the box and see if the cat is in fact alive or dead. This makes the measurements unrelated to the math of Schrödingers wave function. You can view it as the collapse of the wave function. Because of this, people started to debate on how to tackle this problem. In the Copenhagen interpretation, they try to ignore the measurements and just try to accept it as given and interpret it as a collapse of the wave function (for more on this read the article linked above). But what the many-worlds interpretation postulates is that there is never a collapse of the wave function but just a new layer of quantum entanglement. Coming back to Schrödingers cat, when you open the box you become quantum entangled with the cat. Meaning there is some version of you where you perceive the cat as dead and where you perceive it as alive. With this new layer of quantum entanglement the universe split into two paths. Hence the name many-worlds.

Many-worlds is heavily dependent on quantum decoherence. Quantum decoherence is defined as the loss of quantum coherence. Everything in the universe can be described by a wave function and if two wave functions have a definite phase relation the two things corresponding to these wave functions are said to be quantum coherent. Quantum coherence stays the same if the things that are involved in this coherence are perfectly isolated, meaning it can have no contact with the outside world. This means when we measure a quantum particles state it becomes decoherent since we were in contact with it. Decoherence can be seen as a loss of information due to exposure. Many-worlds uses quantum decoherence to tackle the measurement problem. The measurement problem can be seen as things behaving differently when measured. A classical example of this is the double-slit experiment. 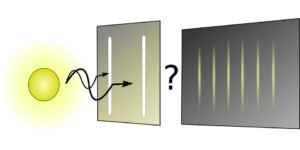 The many-worlds interpretation of quantum mechanics is a theory thought of to deal with the measurement problem that the Copenhagen interpretation has. In dealing with the measurement problem the worlds splits into multiple alternate universes, hence the name many-worlds. We know that many-worlds still works with our current laws of physics. What we do not know is how many parallel universes there would be at any given moment. It could be an infinite amount, which would require the universe to be infinitely large. Or it could be a finite amount. A lot about quantum theory is still unknown, but whatever is true or false, only time will uncover it.