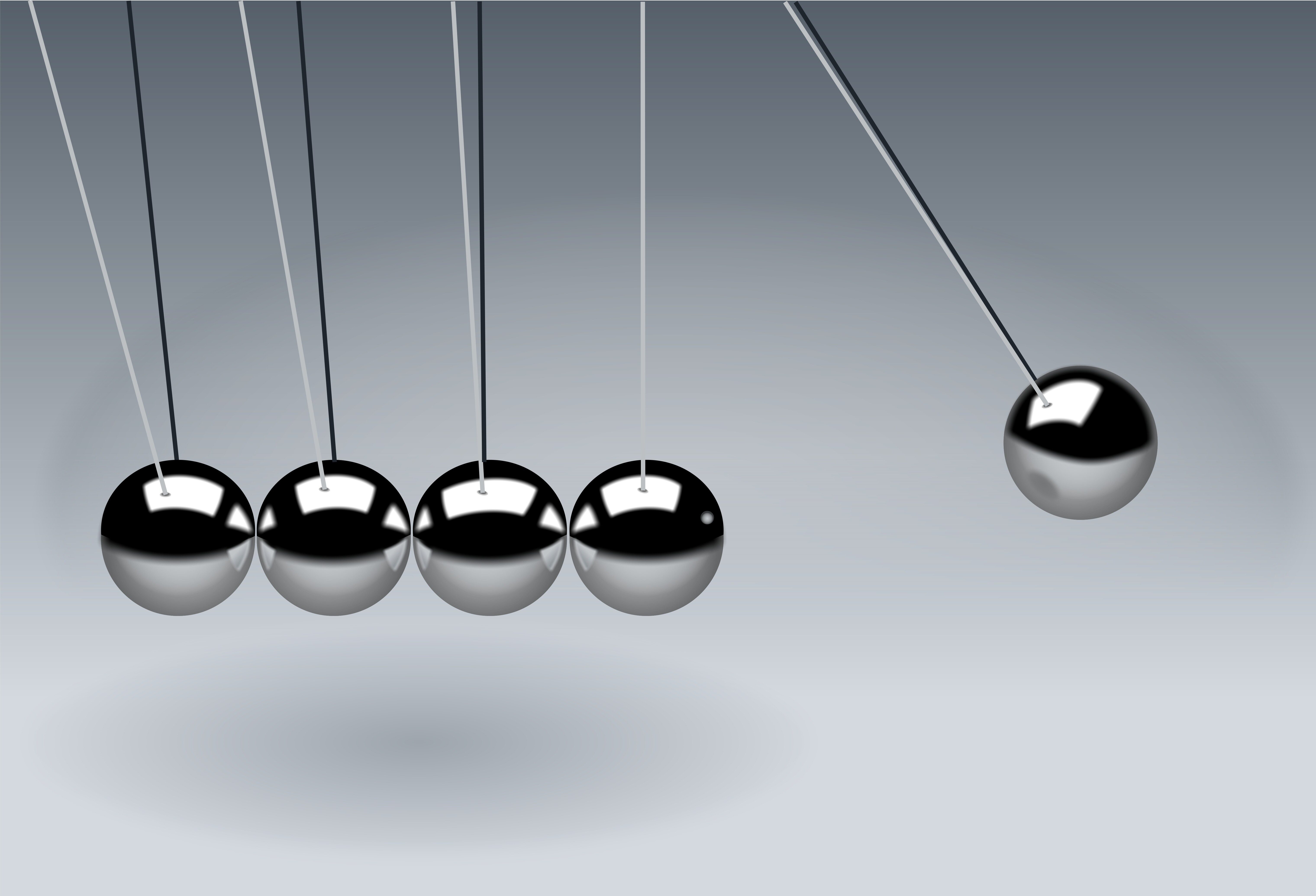 The conundrum of perpetual motion

It is no surprise that the 19th  century was a time of scientific breakthroughs and wondrous inventions. However, for the people of Philadelphia, this meant that for only one dollar they could admire the most amazing machine in the world: a machine that stayed in motion forever without any external source of energy. The inventor of this device was a gentleman called Charles Redheffer, and his invention attracted a lot of spectators from all over the state. His machine stayed in motion due to two weights which, using gravity, pushed a large horizontal gear away from the shaft of the machine. Underneath the large horizontal gear, Redheffer had placed a smaller gear, both gears were able to rotate independently from each other, but were interlocked using a third gear. Therefore, the motion of the large horizontal gear powered the smaller gear. The result was a gravity-driven machine that kept on turning forever, leaving the audience bewildered and amazed. It truly seemed like the impossible quest for endless motion had come to an end. Unfortunately,  even though Redheffer might have been a cunning man who had fooled his audience, he could not outwit the universe, and his machine was eventually exposed for what it truly was: a hoax.

But Redheffer hasn’t been the only one trying to create a device that stays in motion forever. For ages scientists and inventors have been trying to create a so-called perpetual motion machine. The first sketch of such a mechanism dates back to the 12th century and was made by an Indian mathematician named Bhaskara. He sketched a wheel with curved reservoirs which would be partially filled with mercury. The idea was that due to the shape of the reservoirs one side of the wheel would be perpetually heavier than the other side, leading the wheel to roll endlessly. However, this first attempt at a perpetual motion machine failed, since the flowing mercury would shift the center of mass downwards causing the wheel to stop turning and simply swing back and forth like a pendulum until eventually, it would just stop moving. 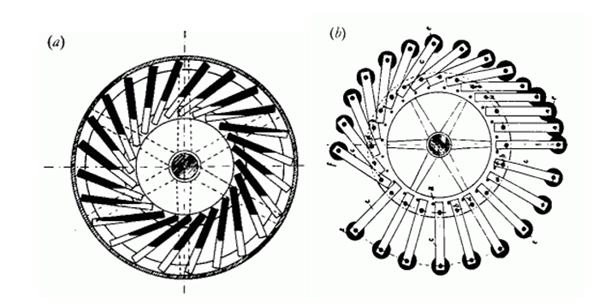 There have been many alterations to the overbalanced wheel from Bhaskara, using water, balls, or even pins. However, none of them was able to solve the problem of the downwards moving center of mass. Therefore, many other attempts to self-powering machines have been made. Physicist and philosopher Robert Boyle examined for example the possibility of a self-watering pot, while other scientists looked at mechanisms such as self-blowing fans or self-pumping water pumps. Another popular method was to use magnets. A magnet at the top of the ramp would attract a ball at the bottom, but right before the ball reaches the top it would fall into a hole leading back to the bottom of the ramp, starting a vicious circle. However, all these ideas do not work since the force that drives the moving parts to defy gravity (for example a magnet), would prevent the moving parts from falling down again. For all these machines to keep on moving, additional energy is needed to nudge the device beyond its stopping point and therefore breaking the first law of thermodynamics.

Hence, to prevent energy from leaving the process a perpetual motion machine should satisfy a few requirements. Firstly,  the machine should not have any rubbing parts, because the friction between these parts will generate heat, and will therefore leak energy out of the system. Secondly, the machine should be operated in a vacuum, since even the friction between the machine and air will result in energy losses, even though these are very small. Finally, any perpetual motion machine may also not make any sound, since this is also a form of energy. In the end, with the knowledge that we have today, building a perpetual motion system is simply impossible. However, this doesn’t mean the quest for such a machine is pointless. Take Redheffer for example, he was still able to earn thousands of dollars from his so-called perpetual motion machine and even after he was exposed,  continued his scam in New York. The simple reason for this is that people were, and always will be, curious and intrigued by the notion of perpetual motion, and the search for a machine that might fulfill this wish for never-ending motion will always keep scientists and inventors busy.

0
vorigeHow carbon plates are changing the running scene
volgende  Why does time seem to speed up when we get older?
Partners
Categorieën
Ontdek jouw carrièremogelijkheden!