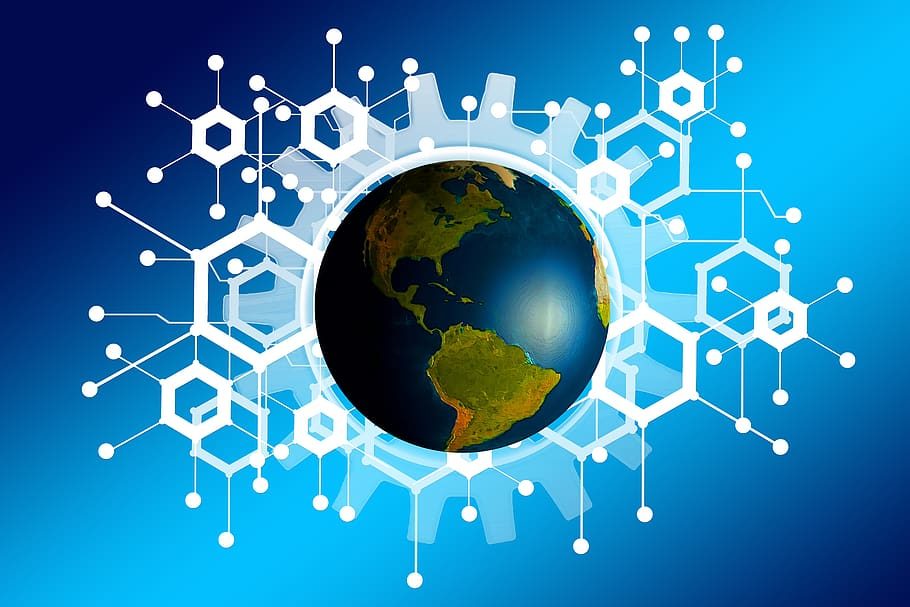 Google, Amazon, Facebook, Apple and Microsoft, also known as GAFAM, there is not a shred of doubt in my mind that you have used some service or product from one of these companies today. With a combined revenue of over 800 billion dollars in 2019, they almost make up the entire economy of the Netherlands (850 billion dollars in GDP). It is quite difficult to get your head around the incredible figures they can make in one year. Whether it is your mobile phone, buying something online or the software your computer or smartphone uses to read this article, all of these companies have in someway a big role in our everyday life. Not only do they have access to huge amounts of data on everything we do, but they have also become an essential part of our lives.

The two companies Microsoft and Apple have been around since the 1970s, making them the oldest of the five. They started with developing software and making computers, which was very new at that time. Eventually, when the internet was growing in popularity and more available to more people, companies like Facebook, Amazon and Google started to emerge. These five companies basically laid the foundation of our modern technology in the light of software, e-commerce, search engines, AI and data science. Combine this with the huge uprising in the use of the internet and we get a enormous potential for substantial growth and success.

To elaborate on their successes a bit more, we will have a short look in their business models to see how these companies are making their money. In the cases of Amazon, Microsoft and Apple, you are the customer. Their business models are quite simple when we simply look at their biggest income streams, you pay them money and they give you a product or a service. However, with Google and Facebook it is the other way around. Their revenue consists mainly of targeted advertising, which basically makes you the product, as they use your information to target you with things you are most likely to buy. Although, Amazon, Apple and Microsoft also use data to target their audience better, it is not their main method to gain money.

When we look at the revenue streams of these companies, we see that all of them except Facebook and Alphabet (the parent company of Google) have diversified their cash flows. For example, Microsoft’s revenue comes from Windows, Office, LinkedIn, Xbox, cloud services and more, whereas Facebook’s revenue consists of ads for 97% of their total revenue. This probably makes you think that Facebook is very vulnerable to any changes in regulation regarding data, however as we will see shortly, this has not been the case for the tech giant when it comes to their profits.

As these companies began to grow exponentially, the usage of data has become one of the most important sources for GAFAM. Due to the fact that they are so big and that there are so many people using their services, these companies gather huge amounts of data. The data they collect can then be used to optimise their business models, logistics and advertisement. The latter caused a huge amount of controversies amongst these companies, due to very personal information they had access to. One of the GAFAM especially suffered the most from this, which is Facebook. This is mainly because Facebook owns the most active and used social media platforms.

As a consequence, multiple investigations have been conducted on this matter by the FTC (Federal Trade Commission) and the Department of Justice. For example, the CEO of Facebook Mark Zuckerberg, was summoned by the US senate to discuss data privacy and Russian disinformation on his social network. Another investigation conducted by the FTC, led to a fine of 3 to 5 billion dollars for Facebook, which is 25% of their net profit in 2018. On a more positive note, in Europe the general data protection regulation (GDPR) made sure that individuals held more power over their own personal data. For example, people could demand companies to reveal or delete personal data they owned.

Despite regulations and laws that made these companies look bad and making it more difficult to exploit on the data, they still managed to grow and make more profits after these laws had come into effect. For example, in the matter of Facebook, revenues have doubled from 2016 to 2018. So it seems like all these regulations and legislation do not make these companies smaller. They simply need to refresh their policies a little bit and hide important changes to make sure they are just in line with the law.

All of this draws some attention to the dot-com bubble and the 2008 financial crisis, because all these events have something to do with the current tech ‘bubble’. During the dot-com bubble, there was an excessive amount of speculation in internet-related companies during the 1990s. Due to the fact that these speculations were not based on profits or revenue, because these companies barely made any, the bubble burst and lost 78% of its value on Nasdaq. The two notable companies that survived this burst were Google and Facebook.

These investments made during the dot-com bubble are called venture capital. It is a form of capital that is provided by big firms or wealthy people to finance startups that have shown great growth potential. For example, when Amazon was a startup its initial capital came from Jeff Bezos his parents, who is the founder of the company. However, this was not enough money to really get his company off the ground, but not long after he raised 8 million dollars from Kleiner Perkins Caufield & Byers in 1995. Amazon then went on not making any profit for years, but their revenues kept growing. Eventually, they have become one of the most profitable companies in the world.

“Jeff Bezos:  My dad’s first question was, “What’s the Internet?””

The big difference with the capital that was used for Amazon and the capital induced during the dot-com bubble, is that Amazon used its revenue to invest back into the company. However, most of the companies in the dot-com bubble barely made any money to begin with. Sadly, history usually repeats itself, because we see this happening right now with many tech related companies. For example, Apple with other companies as well, invested millions of dollars in Uber, which is a company that provides ridesharing. However, Uber made a net loss of 8.5 billion dollars in 2019, but Apple is still investing in it in the hopes that it will generate huge amounts of money in the long term.

To put this in contrast, during the 2008 financial crisis banks were thought to be ‘too-big-to-fail’, while taking excessive amounts of risk in junk bonds. These bonds inevitably defaulted causing the banks to fall one by one. Luckily in our current time, banks are obliged to follow certain rules that ensure that such a crisis is averted in the future. However, the similarities we see now with 2008 and GAFAM is that these companies have become so big, they think that they can take on more risks in their investments. This is exactly what Apple does with Uber and we also see this with upcoming Chinese companies like Alibaba, which is like the Amazon of China.

This mentality of too-big-to-fail is especially dangerous in our current time. Governments cannot save every company that is doomed to fail during a crisis even if they are as large as the whole economy of some country. However, this has been something that has been in question for several years now. These big companies try to undermine regulation in any way possible, evade taxes with clever offshore systems or using buybacks to increase their stock prices. As a consequence, these tech companies have somewhat become the too-big-to-fail banks of the financial crisis in 2008. However, the big difference between banks and tech companies is that tech companies do not have to take excessive amounts of risk to make more profit. Usually, they profit more from research and development, innovations and enlarging their market share. Thus this makes these companies more sustainable for the future.

However, the question arises whether we should see this progress of technology as an imminent threat to our privacy and whether it is alright for companies to become this big. To put this into perspective, during the corona crisis the tech industry has suffered quite a lot in share prices when the virus was spreading around the world, but companies like GAFAM eventually turned out to benefit from the fact that more people need to use their services from home. Their share prices were back to normal after just one month, while other big companies like Shell still suffer big losses since the virus has grasped its power over the world. It seems like the tech industry could be on the rise for several years to come, as they cannot be stopped by legislation or other measures that governments could take. Even a pandemic does not seem to affect these companies negatively, but it has provided them with more ideas to come up with innovative measures to cope with the virus.

So in some ways, these tech companies do make our lives easier with huge innovations that have benefited the majority of the people. However, the fact that investors put growth over personal information is severely worrisome. We are being used by these companies to make the product that sells you to advertisers. The only thing we can say for certain, is that GAFAM will be influencing our lives for several years to come. Therefore, it is quite difficult to say whether we are beginning to form a bubble or that we are reaching its peak.