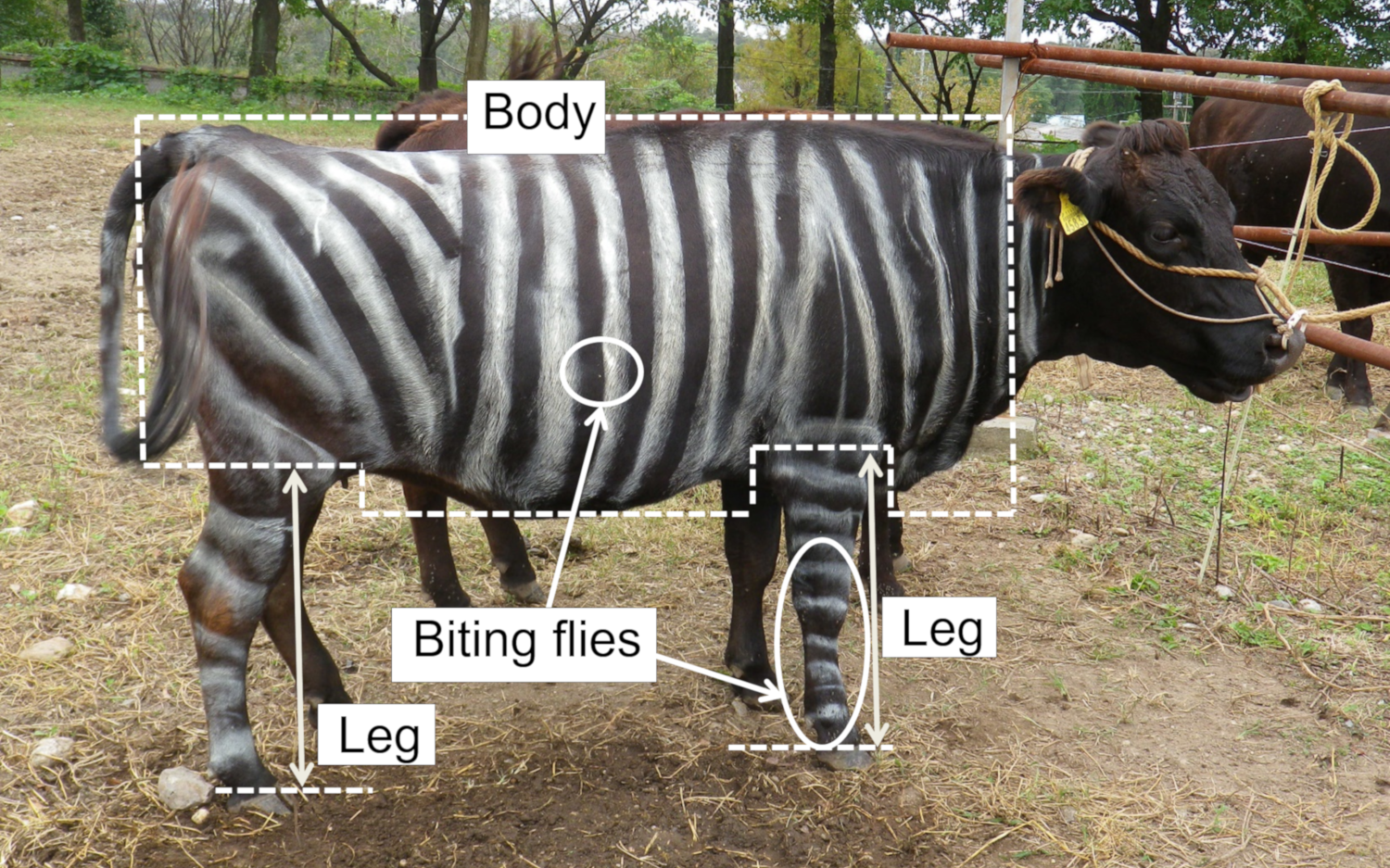 Save the planet, paint a cow!

We live in a time where we pay a lot of attention to the environment. You should always be looking for improvements and those can be found in the most extraordinary fields. You might wonder how painting a cow can save the planet, and that is a perfectly good question to ask yourself. Fortunately, that will be explained in this article.

First of all, painting a cow can be read in multiple ways. In this case we are talking about applying paint on the skin of a cow. Experimental studies suggest that cows painted with black and white stripes could avoid biting fly attacks and show fewer fly-repelling behaviors. First we will look into the theory behind this concept and then it will be explained why this benefits the environment.

One of the most discussed subjects in documentaries on the African wildlife is the function of zebra stripes. Many hypotheses are generated, such as camouflage, confusion of predators or thermoregulation. However, the only hypothesis that is supported by scientific research is that the pattern helps with avoidance of biting flies. This made Japanese researchers wonder whether this effect could also be seen with other species and most importantly with cows.

After receiving approval from the Animal Use and Care Committee of the Aichi Agricultural Research Center a research was conducted. Cows with black-and-white painted stripes, black painted stripes and no stripes were set free in the study area. Every morning the stripes with a width of approximately 5 centimeters were drawn freehanded with waterborne lacquers, which took 5 minutes per cow. Each cow was observed for twice a day for a 30 minute time period and during these periods two things factors were observed: the number of fly-repelling behaviors during the whole period and the sum of the number of biting flies on the cow at thirty 1-minute intervals.

After conducting the research it is found that there is is a significant difference between the number of biting flies on cows with black and white stripes and the other two groups, while no significant difference can be found between the control group and the cows with black stripes. For the number of fly-repelling behaviors, exactly the same can be said. 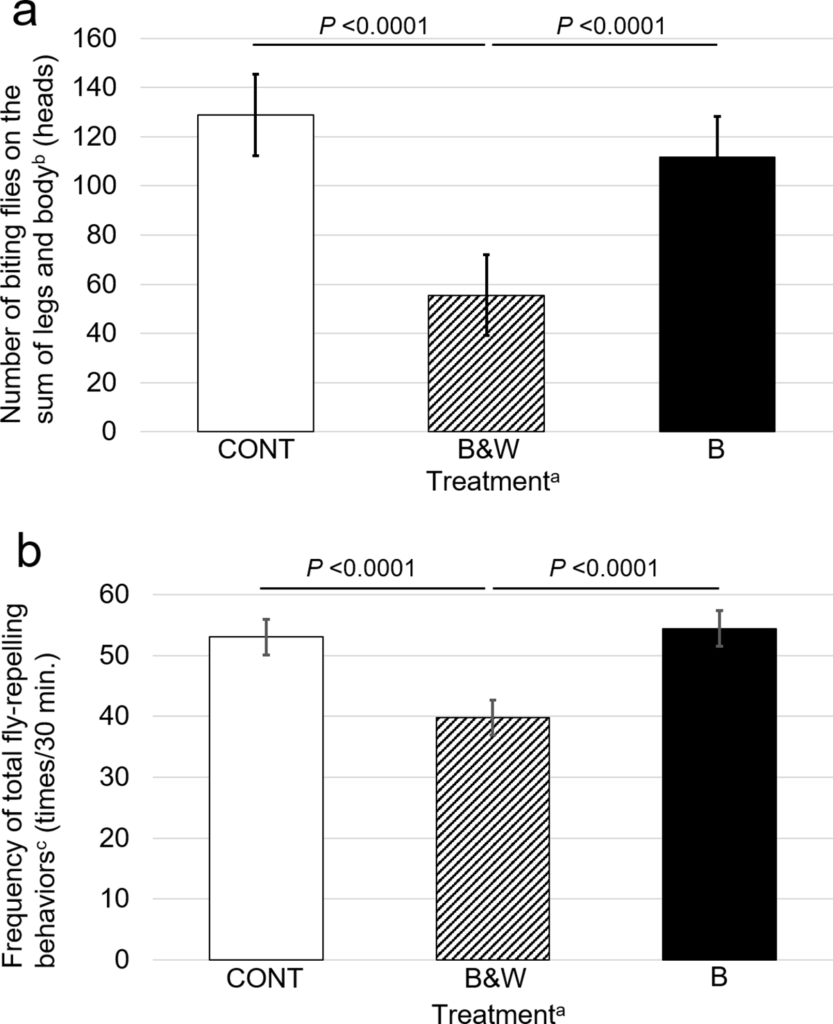 The impact on the environment

Since biting flies are a serious livestock pests which have been proven to cause economic losses in animal production, many cattle owners use pesticides to protect their cows. However, insects often evolve resistance to a pesticide, which results in more and also many different pesticides being used. In the last couple of years this caused pesticide resistant to grow in insects and also resulted in poisonous particles building up in the food chain. Therefore finding another solution to repel biting flies is very beneficial for the environment.

Painting black and white stripes on your cattle could be that solution. You could wonder whether this is indeed caused by the stripes or by biting flies disliking the smell that comes with the paint. Fact is that less biting flies are targeting the striped cows. So we can conclude: save the planet, paint a cow!