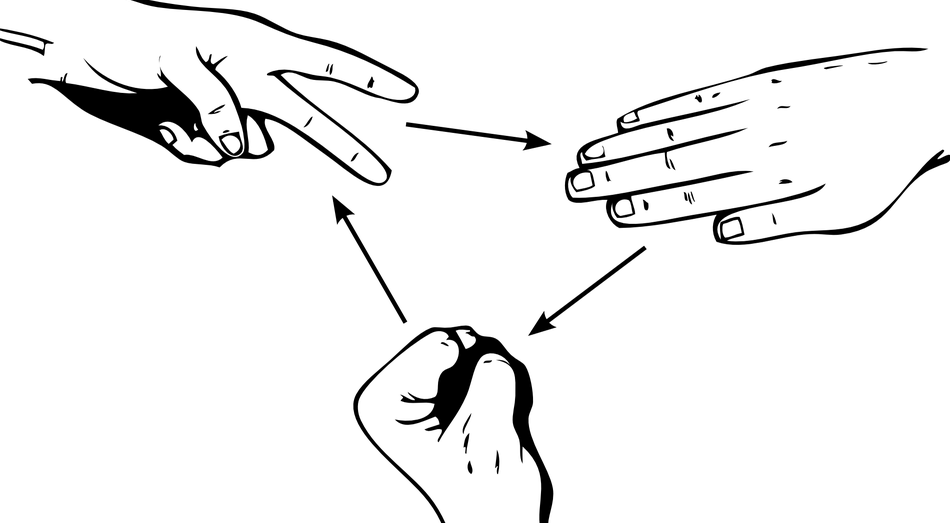 We all suffer from it from time to time. You have just had a quite big meal with your friends and the last thing you would like to do is wash the dishes. To decide who will do the terrible job, you play a game of ‘Rock, paper, scissors’. However, how great would it be to never lose the game again? That every time you are at the point of deciding who will do the dirty job, you can have the winning strategy.

The rules of the game are very simple. Scissors cut paper. Paper covers rock. Rock crushes scissors. It might seem like an ancient game of cunning and chance. However, if you think the game is random, that is probably why you are not winning. Since humans are quite predictable, it actually contains a strategic system with a strong psychological foundation. To have the biggest chance of winning the game, you only need to remember the following five things:

1. Know where to start

A great part of the game is about predicting and reading your opponent. So, the first thing to do is predicting their first choice. It appears that men and women use different tactics for their first round. Most men have a preference to start with throwing rock. Different theories for this choice exist. A first explanation could be that it is first mentioned in the name of the game. Another is that a rock is similar to a fist, which seems sturdy. On the other side, most women tend to start with paper.
So, if you play against a man, the safest choice is to start with paper. If you play against a woman, start with scissors.

It has also been found that people who have lost their throw, rarely repeat their first choice. The chance is actually very big that they will choose the sign they first lost against.
So, if you have just beaten your opponent with rock, throw paper. Your opponent will probably try and beat you with your winning formula.

Research by the University of Zhejiang in China with 360 subjects has shown that players who lose mostly follow a fixed pattern when they lose. The predictable order is once again rock, paper, scissors.
So, if someone loses while throwing rock, they are most likely to choose paper. Hence, your best choice to beat that person would be to throw scissors.

In the same research, it was found that players who throw a winning hand will probably stick with the same action that led to their success. This means that your opponent will most likely use the same sign as in the previous round.
So, if your opponent has just beaten you with rock, throw paper in the next round.

The last advice is to confuse your opponent. Say the sign you are about to throw and do as you say. Your opponent will most likely not believe what you say.
So, say ‘scissors’ and actually throw scissors.

In a nutshell: the less predictable you are, the better chance you have of winning. Thus, keep these five tips in mind and demolish your opponents. Good luck!