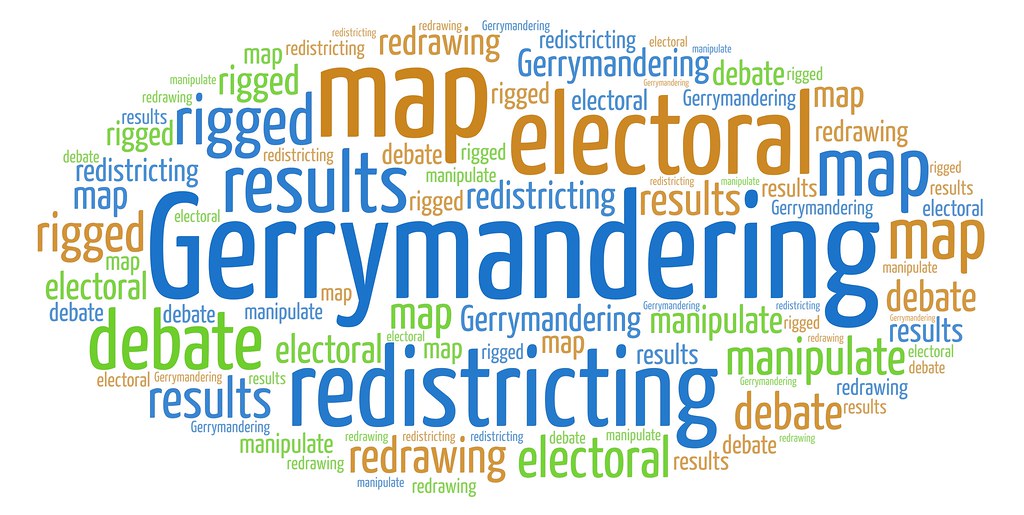 The fairness of the elections in America has been a point of discussing for quite a while. In 2012, Republicans won a majority of 33 seats in the House, but got 1.4 million fewer votes than their Democratic opponents. Such a result is a sign of gerrymandering, the practice of drawing voting districts to favour or disfavour certain candidates or political parties. It is a good tool gain more votes and has a significant impact on the electoral system and the democratic process. The problem is that gerrymandering encourages political parties to be in power for a long time and reduces the power of other group’s votes.

The term “Gerrymandering” comes from the political activities of Elbridge Gerry, who was governor of Massachusetts in 1810. He signed an agreement into law that made it legal to create boundaries that were in favour for his political party. The election was so gerrymandered, that the Democratic-Republicans won just 49% of the votes, but got 72% of the seats.

Gerrymandering is an old-age trick to gain more voters. “Packing” involves taking all the neighbourhoods with a lot of voters of your opponent into a handful district, such that you will lose this district. On the other hand, you get more votes from all the others. The reverse is “cracking”, by breaking up areas with a lot of your opponent’s voters into districts in order to dilute the majority. Gerrymandering is unconstitutional and in the past few decades various groups have sued over gerrymandered districts. The problem is that it is difficult to prove that a map is gerrymandered, since there are no hard numbers.

Eric McGhee, a research fellow at the Public Policy Institute of California, has find a way to express gerrymandered in terms of numbers, namely by efficiency. Go district by district and look for packed or cracked areas. Packed districts have too many votes for one side and cracked areas have too few votes. In this way, it measures how equally or unequally wasted votes are distributed among the competing parties. By calculating this efficiency gap, one can quantify the fairness of a voter distribution. Of course, other factors could have influence as well, but in general, we say that the bigger the efficiency gap, the more gerrymandered the state.

Now the following question arises: what is a wasted vote? To explain this, we will use an example. Consider you live in California and you can vote for the presidential elections. Since 1992, California has a Democratic president, so California Republicans know in advance they are probably not going to win the elections. You could say their vote is wasted, because their vote would have a bigger impact in a toss-up state. Actually, the same holds for California Democratises. Since the Democratic candidate is likely to win, their vote won’t make that much of a difference. This implies that there are two kinds of wasted votes, one where you vote for the losing candidate and one where your vote for the winning candidate which brings the victory beyond what is necessary. In a multi-district election, each party will likely have wasted votes, because an actual tie is very unlikely with so many voters.

The idea of the efficiency gap is simple and transparent, but it is used for very complex ways to study gerrymandering. The problem with the more advanced computer programs is that political parties have more detailed information on voters’ location and preferences. Mathematicians investigate millions of theoretical electoral maps and use simulations to examine the fairness of the voter distribution. In this way, one can evaluate the fairness of the current map against gerrymandering and it can be used to look for fairer alternatives.

Gerrymandering is an unfair trick to increase the possibility of winning the election and it influences how we are governed. It also erodes public trust in the political process, which can lead to citizen disengagement. The efficiency map may be a good solution to prevent parties from increasing the number of wasted votes and to keep political battlefields in balance.