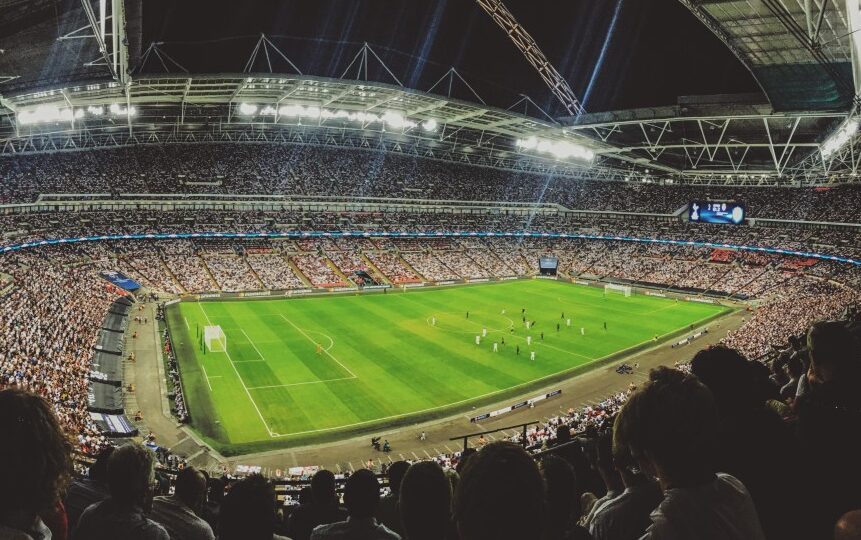 Home advantage in football: does it exist?

Football is the most popular sport of the world. It is to some extent even part of our culture. Especially during the world championships, the whole country is in the grip of this sport. Everyone basically wants the same thing: their team to win. A very important factor here is the so-called “home advantage”: teams who play in their home stadium tend to have an advantage over their opponents. However, now during the COVID-19 pandemic, football matches are played in empty stadiums. There are no yelling supporters anymore singing for their home team. This is very unfortunate for football enthusiasts but it does provide a unique opportunity for statisticians. Finally, it is possible to analyze the effect of the crowd on the performance of the players! Does the home advantage really exist?

There are several arguments for the existence of home advantage. The most prominent one is the effect of the crowd. When you think about home advantage, you think about the thousands of fans that are yelling for their club. Nevertheless, this is not the only possible cause of the phenomenon. Several of these are explained in a paper by Pollard (2008) [6]. One of these is the “travel effects”. The away team has to travel to the other club and this may lead to players being less rested. There has been some evidence of this effect. In a few countries around the mediterrean like Spain, Italy, and, Portugal, the league also contains some teams that come from a small island like RCD Mallorca in Spain. In 2010-2020, the teams on the mainland earned 60.1% of their total points at home. However, for island teams, this was a much higher 66.2% [2].

Another important explanation for home advantage is the so-called “familiarity”. The players that play at home are used to the stadium, the pitch, and all the surroundings. This is a very relevant issue for teams playing on artificial grass for example. In the Netherlands, only a small amount of teams does this which leads to most of the away teams not being used to such a pitch. Another relevant aspect here is the climate. For most national competitions, this will not be an issue but for international games it can be pertinent. An example of this is the national team of Bolivia, which usually is one of the weaker countries in South America. However, they play their home games in the city of La Paz at 3500 meters above sea level. This has quite an effect on the quality of the air to which away teams are not used. In this way, Bolivia was even able to beat countries like Chile and Argentina, where it was even said that Messi needed to vomit during half time [5].

Furthermore, another explanation for home advantage are the decisions of the referee. This might seem a bit odd, as you would think that referees must be neutral. To some extent, they indeed are, but there is evidence that (unconsciously) they tend to favor the home team. For example, it has been shown that referees add more extra time to a match when the away team has a one goal advantage compared to when the home team would have a one goal advantage [1].

One of the above explanations that is hard to research is the effect of the crowd. Until the pandemic, there were almost no matches that were played without an audience. To research the effect until now, experiments were conducted comparing matches with about 50,000 spectators to matches with only 1,000 spectators. This indeed showed some evidence but there were a lot more complications, as you had to compare different leagues. Now, during the pandemic, football matches are played in empty stadiums. This provides a unique sample to statisticians to investigate the effect of the crowd. There are a lot of ways in which we can study this effect. A relatively simple way is to use the two-sample student’s T-test. We can use this to examine the difference of the average amount of goals between the home and away team. The test statistic of this test is given by:

To perform this test, we will use data from the German Bundesliga. For the non-COVID sample, we have 306 + 224 observations from the season 2018-2019 and season 2019-2020 until the lockdown [1]. In this sample, the home team scored on average 0.33 more goals than the away teams. The other sample consists of the remaining 82 matches in the season 2019-2020 which were played in empty stadiums. Here, the home team scored on average 0.24 goals less than the away team. Furthermore, the standard deviation in both samples was about 2.2. Filling in these values, we find that

which is significant at the 1% significance level. What this tells us is that, in empty stadiums, the average difference between goals scored by the home team compared to the away team decreases. So, the crowd seems to have a significant effect on the performance of the home team.

In the above example, you might have noticed that the COVID sample seems very extreme. Here, away teams even scored more goals than the home team. This is indeed an unusual sample, as in most competitions the home team still scored more goals than the away team [4]. This idosyncrasy might be caused by random chance. However, it could also be due to an unbalanced schedule. For the COVID sample, we only consider a small part of the season. It could easily be that in this part of the season, in most matches, the home team was already the `stronger’ team. Because of this, the result will be biased. There have been studies that used a more a sophisticated approach to correct for this bias [3]. However, the conclusion in these studies remains the same, the crowd of the home team has a significant effect on the outcome of the match. Nevertheless, the home advantage itself did not completely disappear so the other factors still tend to play a role.

The home advantage in football remains a very interesting phenomenon. There are several explanations for this phenomenon of which the most obvious one, the effect of the crowd, was always very hard to research. The empty stadiums during the COVID-19 pandemic provide a unique opportunity to investigate this. Numerous studies have found that the home advantage decreased during the pandemic, implying that crowds do have a significant effect on a football match. Hopefully this provides some extra reason for you to attend the matches of your favorite club when it is possible again.

This article was written by Stan Koobs