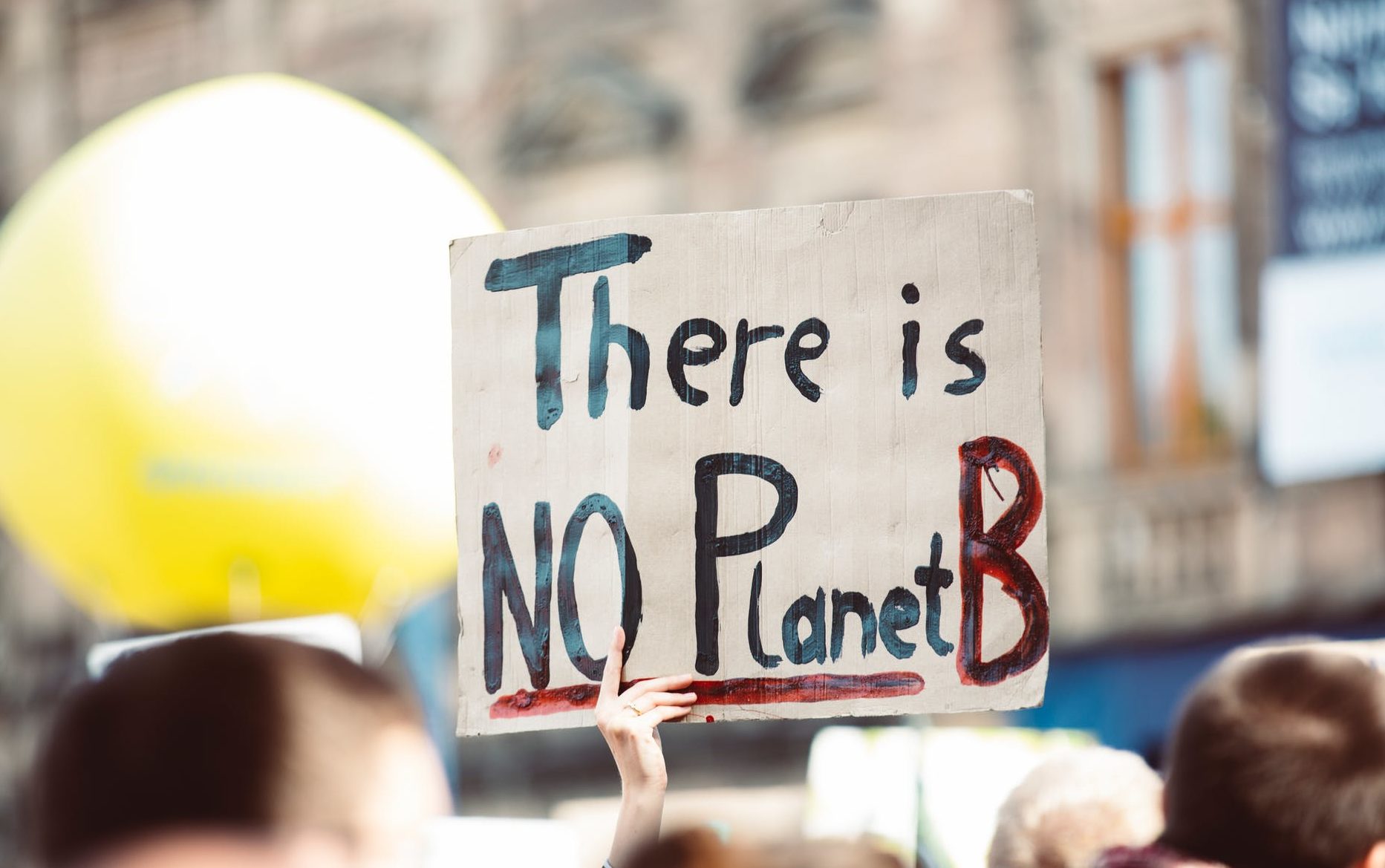 For the past few months Covid-19 has been dominating the way we live. Every single aspect of our lives seems to be controlled by the virus; not only the news and the political agenda have been taken over by it, but the disease has even changed the way we meet and greet each other. Nonetheless, there was a time before the Coronavirus. Not so long ago, a lot of students skipped their schools on Fridays to demonstrate in order to bring awareness about global warming, following the example of the Swedish schoolgirl Greta Thunberg. In 2019, one of the world’s biggest concerns was the now-happening climate change. Nowadays, most scientists will confirm that mankind has played its part in the uprise of global warming. However, for a great deal of people, a lot of questions about the climate change and the role of humans in them remain.

But, is climate change real? The change is a subject of debate, but there is a lot of statistical evidence that the climate we know is changing. So, let’s look at four examples of these scientific observations. At first we have ‘global warming’ itself. The temperature of the Earth has been gathered reliably since 1850, when the Met Office was found. Berkeley Earth conducted an analysis of these temperatures and put in a graph, containing the global average temperatures from 1850 to 2017. What we can see here, is that in 2015 the Earth was on average one degree Celsius warmer than at the start of the records. Besides that, the last three decades have been the warmest ever recorded.

Secondly, a quite direct consequence of global warming is the loss of the Arctic Sea Ice. The example is commonly used to indicate the impact of climate change. Besides that, there is clear evidence of ice loss, gathered by the NASA National Snow and Ice Data Center satellite. This organization also puts the results that have been recorded since 1979 into a graph. This figure shows a very clear trend downwards. Another thing we can see here, is that in forty years almost two million square kilometers of summer sea ice have been lost. That is equivalent to the area of Scotland every year. If this rate of loss continues, all of the Arctic sea ice will have vanished in about a hundred years. At the same time land ice has been lost from both Antarctica and the ice sheets on Greenland.

The loss of ice has a few consequences. At first, the habitat for animals such as polar bears is lost. Second, it results in a change in amount of salt dissolved in the Atlantic Ocean. This is due to the addition of the fresh water from the melted ice. Besides that, the Earth gets darker. That happens because the ice sheets that are melting away reflect a large amount of the Sun’s energy, which also keeps us cooler as a result. Another more measurable consequence is the rise of the average sea level. The rise is caused by the melted ice, which adds volume to the water in the oceans and by the volume increases due to the effects of thermal expansion. This increase has also been graphed by NASA.

Increases in the number of extreme events 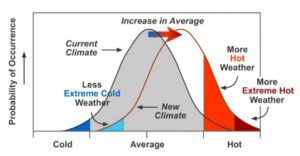 The graph below shows the increase of extreme hot days in the Netherlands, which have risen with two days in the last 120 years.

The increase in Carbon dioxide (CO2) is also often named as one of the causes of global warming. It is possible to monitor the CO2 increases with high precision, which is done at the Mauna Loa observatory in Hawaii. These measurements, which are shown in a Keeling Curve, are in parts per million (ppm). Carbon dioxide is released through natural processes, such as respiration and volcano eruptions, and through human activities, such as deforestation and burning fossil fuels. For the latter, CO2 is in the air due to the coal or oil burning process, which combines carbon with oxygen in the air to make CO2. The consequence of changing the natural atmospheric greenhouse are difficult to predict, but it seems very likely that the Earth becomes warmer.

So, is climate change real? We have seen that temperatures have risen with on average one degree celsius in the past 170 years. Besides that, a great deal of the Arctic Sea Ice is lost every year, with rising sea levels as a consequence. Moreover, there has been an increase in extreme events, such as extreme hot days and tropical storms. At last, the amount of CO2 in the air has increased drastically in the last 120 years. So, are we all doomed? Despite what certain people may say, the evidence for human made climate change is very strong. For that reason we should not think that the climate crisis is over, even though it may not be our priority in this time of crisis.

This article is based on the lecture of Professor Chris Budd OBE: The Mathematics Of Climate Change.