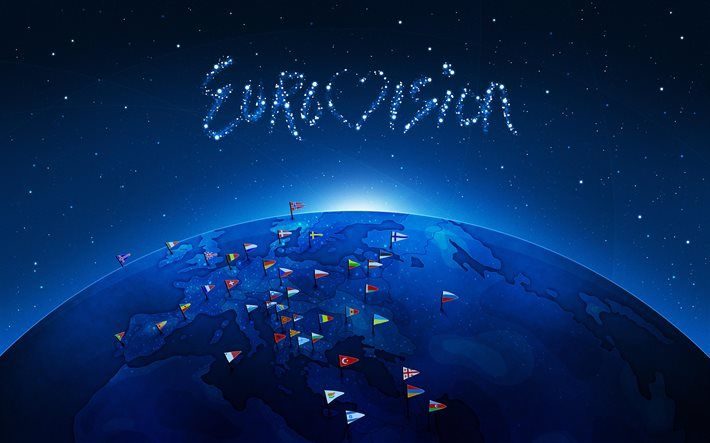 May 18, for the first time in 44 years Holland received one of the biggest prices in existence. Approximately 182 million people from all over the world witnessed the epic battle that was decided in the last minutes of the contest. Of course you will know which contest is meant: The Eurovision Song Contest! On the 18th of May, Duncan Lawrence grasped the victory with his song Arcade. With 498 points he beat runner-up Italy with a mere 26 points. This is of course very exciting because it means that in 2020 the Eurovision Song Contest will be organized in Holland. However, it is, according to many people, a great achievement since the voting process is a rigged system. During the 64 years of Eurovision, there has been a lively debate about favoritism between neighboring countries or countries that speak the same language. That makes you wonder if this has ever been proven?

On the 24th of May 1956 the first Eurovision Song Contest was organized. It began as an idea of Marcel Bezençon of the European Broadcasting Union (EBU) to test the limits of live television broadcast technology. The contest started with only seven participating countries, which were allowed to submit two participants. During the coming years, more and more countries were allowed to participate and the number of participants per country were reduced to one.
In the beginning it was obligatory to sing in your own national language. This caused an uproar in 1965, since France, Luxemburg and the Swiss were all performing in French. Therefore a larger part of the jury could understand the content of these songs and thus often a French song won. In 1965 Sweden entered the contest with an English song to rebel against the rules, which resulted in an arms race with the EBU, until they changed the rules in 1974. This resulted immediately in a win for a song that was not sung in the nations language, namely Sweden who submitted ABBA with Waterloo.
After the Cold War ended in the early 1990s, there was a sudden increase in the number of countries wanting to participate. Many former Eastern Bloc countries joint the Eurovision, which forced the EBU to implement a Semi-Finals format. This meant that all countries except the ‘Big Five’ (France, Germany Italy, Spain and the United Kingdom) together with the host country, must be in a Semi-Final top-10 to qualify for the Final. This system was introduced in 2008 and is still in force. 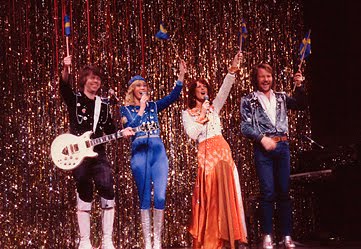 From 1962 onwards the voting system became positional, which means that countries received points based on their rank whereafter the country with the most points is declared the winner. The point system changed over time, eventually resulting in the current system, in which 12, 10, 8, 7, 6, 5, 4, 3, 2 and 1 point are allocated to each country’s 10 favorite songs. Up to 1998 only a professional jury was allowed to allocate points, then in 1998, tele-voting was introduced, which allowed viewers from participating countries to vote for their favorite songs. Until 2015 this principal replaced the jury votes and from then on both jury votes and tele-votes were used and thus the amount of points that could be earned doubled.

Since the allocation is determined by votes given by the participating countries themselves, suspicions and accusations of ‘tactical’ and ‘political’ voting are as old as the Eurovision itself. People claim that neighboring countries are more likely to give large amounts of points to each other and that this is unfair. Examples are how Cyprus and Greece have given each other the maximum amount of points almost 25% of the time or how Nordic, Baltic, former Soviet Union, former Yugoslavian republics, or Western Mediterranean seem to vote as a bloc. However, there could be good explanations for this voting behavior. Inhabitants of neighboring countries are probably more likely to share characteristics and therefore preferences. It could be interesting to look into this problem by trying to explain the bias in voting by a number of characteristics of a country to find out if there are more reasons to vote for each other than only being neighbors. And of course, such a research has been done, for example by L. Spierdijk and M.H. Vellekoop in 2006.

When one wants to explain the Eurovision voting bias, a data set and a definition of the bias are needed. In their research Spierdijk and Vellekoop used all countries that participated at least three times between 1975 and 2003. Furthermore, they let

be the number of countries that participated in year

the points awarded by

. Using the following equations the average amount of points assigned by other juries and the bias were calculated:

Now we are interested in uncovering the reasoning behind voting for a certain country and whether or not this has something to do with the so called political voting. Therefore 5 variables are introduced to defined,

. The first four measure the distances between the longitude and latitude of the capitals of country

and the last one is a dummy for whether or not two countries are neighbors. To uncover the genuine geographical preferences multiple other factors are added for correcting purposes.
The dummy

is added to indicate whether or not the two countries share a major religion, where ‘major’ is defined as being the largest religion or being the second largest with at least 20% adherence.
To control for the linguistic effects the study of Dyen et al. (1992) is used to measure the distance between to languages.
The characteristics of the songs are defined by adding dummy variables

is added to identify in what order the songs are presented during the contest.
Lastly, to capture the cultural differences among the participating countries, Hofstede’s four cultural dimensions are used. These are power distance, individualism, masculinity and uncertainty avoidance, denoted by

Including all these variables results in the following fixed effects model:

After corrections for cultural, linguistic and religious effects it is found that for 15 of the 36 countries in the data set variables explaining their distance to other countries are significant. However, it is found that often this effect is very small. It is therefore interesting to compare the results to accusations that have been made.
The Cyprus-Greece discussion is probably the most often cited example. However, according to the research this bias is almost fully explained by the common language and common religious background of the two countries and thus not based on political voting.
The only bloc voting behavior that can be proven according to this research is that of the Baltic countries. They clearly prefer countries in their own neighborhood and are less affected by the other effects. Especially Estonia and Latvia give larger amounts of points to other Baltic countries. So unfortunately for them Lithuania does not help them as much as they help Lithuania.
Another interesting finding is the voting behavior of Slovakia. This country is almost never accused of voting political, but it is found that Strongly prefers countries that are nearby and to their west. The only problem is that they do not receive many points from countries that meet these requirements and thus political voting is not observed by the public. 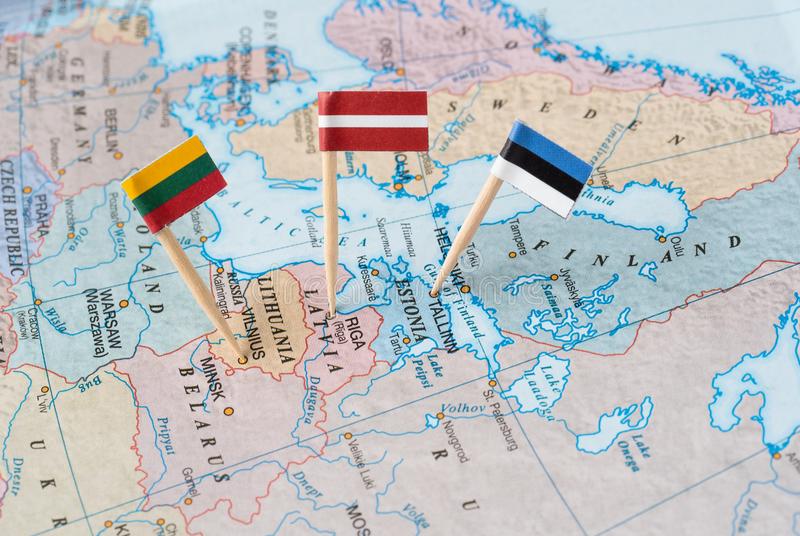 A lot of accusations have been made during the existence of the Eurovision Song Contest. Countries would vote tactical or political and would not really take the quality of the music into account. The study uncovers that that is not exactly the case. There are many other variables explaining bias towards certain countries. Often linguistic or cultural similarities are enough to explain the bias. Only for the Baltic countries it can be said that their votes are purely geographical and therefore gives a suggestion of political voting.
Therefore we should stop accusing countries of voting political or tactical, since their votes are based on their preferences, which are broader than only the quality of the song.
Lastly, you should keep in mind that it is just a game and a wonderful show, which should be enjoyed no matter the results. 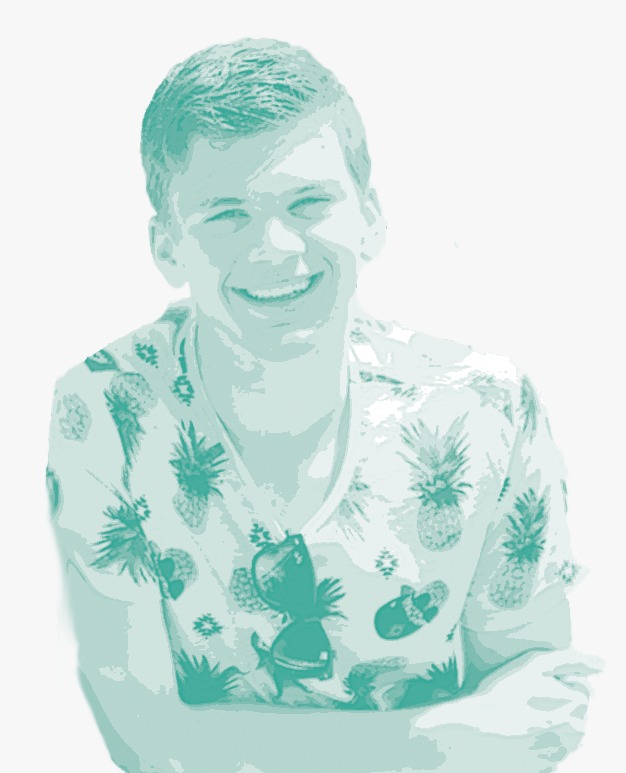