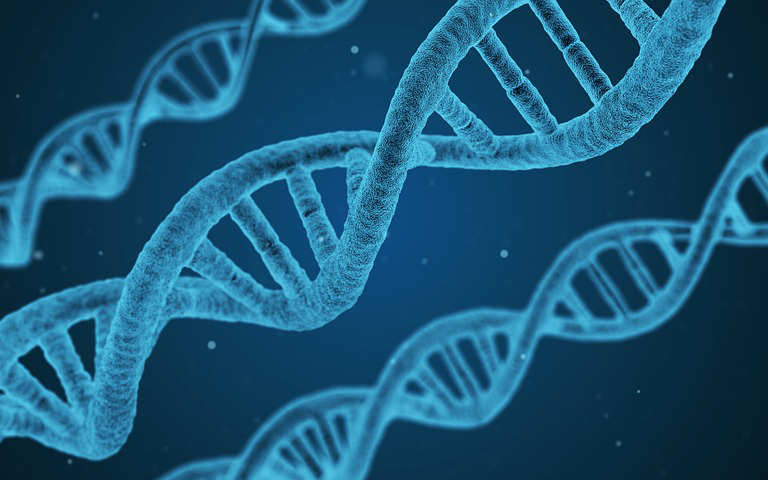 During the Second World War there was a great famine in Holland. Luckily, many people survived the harsh conditions. Some were even pregnant during this period and gave birth to healthy children afterwards. But when they grew up something extraordinary happened. The generation of people born shortly after this famine was shown to have higher rates of coronary heart diseases and obesity. From one generation to the next, something had changed. This could not have been caused by a mutation in the genes, since such a large share of the people showed signs of this change. This observation is a great example of what we call epigenetics, a study that looks into how environment and individual lifestyle can influence gene expression.

To put it differently, epigenetics is a field of study that concerns the characteristics, or genotype, that do not require changes in DNA. It describes how genes are passed on. To make it easier to understand one could compare (epi)genetics to something commonly used, such as a music player. Let us take Spotify for example. It contains every song that could be possibly played. These songs are the genes in a cell. Within Spotify you are able to choose certain playlist, artists or genres. These determine which of the many possible songs are going to be played. Hence, they are processes which determine which songs are expressed, just like epigenetics.

Your body contains many different cell types, such as skin cells, muscle cells or liver cells. Every cell has a nucleus were the DNA is stored. The DNA in each cell holds information to express over 20,000 genes. One can easily conclude that to differentiate the cells from each other not all 20,000 genes should be expressed. Skin cells need the skin genes and liver cells need genes that concern information on the liver. This means that in every cell certain genes must be activated or deactivated. To understand how genes are activated or deactivated it is important to first understand what DNA looks like.

Each cell in your body contains approximately 2 meters of DNA, which is the blueprint for  our lives. It is tightly packed around certain proteins known as histones. This DNA-protein complex can regulate which genes are expressed in different cell types. The DNA is a molecule composed of two chains that rotate around each other forming a structure known as a double helix. The tow chains are linked together by nucleotides. There are four different nucleotides: cytosine (C), guanine (G), adenine (A) and thymine (T). These nucleotides are joined together according to base pairing rules (A with T and C with G) to link the two DNA chains.

Although these epigenetic tags are quite stable, especially during adulthood, they are believed to by dynamic and more importantly, modifiable by lifestyle and environment. As could be read in the introduction of this article, there is evidence for epigenetic effects occurring in the prenatal phase. However, more and more research is put into the effects during the course of a human lifespan. There has been found evidence that air pollution could alter methyl tags on the DNA, which deactivates genes and could therefore result in neurodegenerative diseases. Another field in which epigenetics are involved is the field of nutriepigenomics, where the effects of diet on epigenetic modification is studied. Here a study has found that a high fat, low carb diet could improve the mental ability by influencing the histone modification.

A great example of how organisms are influenced by modifications during their lifetime can be found in a bee hive. Worker bees and the queen have a very different look. Where the former are small and sterile, the latter is massive and build to be able to lay thousands of eggs. Despite this enormous difference, both the queen and the worker bees are female and genetically identical. They key to developing differently is found to be ‘royal jelly’, a secretion produced by the queen. This is fed to some larvae, and as a result these larvae become queens. Research has found that this ‘royal jelly’ contains something called HDAC inhibitor. This is a chemical that stops HDAC enzymes from removing acetyl tags of the histone tails. Thus results in a accumulation of acetyl tags, which are associated with activating certain genes. Hence, by feeding the ‘royal jelly’ to the larvae, the genes that result in becoming a queen are activated.

The fact that lifestyle and environment can alter the epigenetic modification raises a new question: is it possible to adjust our epigenetics in a beneficial way with help of science? There exist stories of people changing their diet to recover from cancer or diabetes, which leads to believe that this indeed is possible. Often such diseases are caused by cells behaving differently than they should, as if certain genes are (de)activated while they should not. In other words, many diseases are indeed caused by epigenetic changes. Some doctors already have succeeded in treating forms of cancer with epigenetic therapy. These therapies seek to turn on the genes that were turned off by epigenetics and are researched extensively. At this moment this can only be used very selectively, but someday it might cure cancer.

There is still a lot that we do not understand when talking about epigenetics. As we speak it becomes clearer and clearer how it occurs and what the results are. The number of observations in the human body that can be traced back to epigenetics keeps increasing. The next step will be learning to understand how we can use epigenetics to improve the quality of life.